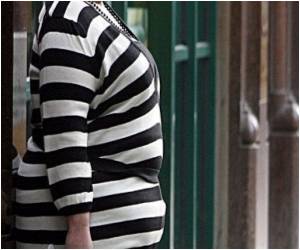 Young women who are obese are at an increased risk of heart attack and stroke, finds research.

In fact, women with a high body mass index (BMI)a measure of the body's fat contentthat is indicative of obesity were twice as likely as those of normal weight to suffer a potentially life-threatening heart attack or stroke within just four to five years following childbirth. Researchers at the University of Copenhagen said that while these cardiac events are very rare among women of this age, there is a very clear and strong link between carrying excess weight and suffering a heart attack or stroke. These associations remained unchanged even after accounting for other pregnancy-associated complications or cardiovascular risk factors, including smoking.

"Young women need to be aware that there are serious health risks associated with obesity and poor lifestyle habits, and these [negative effects] appear to set in early," said Michelle Schmiegelow, a PhD student at the University of Copenhagen and the study's lead investigator. "This study is important because although the incidence of heart disease is declining overall, this downward trend doesn't seem to apply to women 35 to 44 years of age. In fact, coronary artery disease seems to be on the rise in this group, however it is still very rare."


According to Schmiegelow, the Danish study is the largest to date, and gives investigators a better glimpse into the role of obesity and cardiac events at younger ages. Previous studies have typically involved women older than 45 years. Interestingly, authors also found that women who were underweight were slightly more prone to having a heart attack or stroke as well, although this trend needs to be further investigated.
Advertisement
Researchers used data from nationwide registries, as well as the Danish Medical Birth Register, which collects women's height and weight, to examine the association between obesity and the risk of heart attack and stroke in 273,101 women who had given birth between 2004 and 2009. Their average age was 30.5 years and they had no history of stroke, heart disease or kidney problems. The absolute numbers of cardiac events were low. During the 4.3±1.7 years of follow up, 68 women had a heart attack and 175 had an ischemic stroke.

Schmiegelow said that while this evaluation was limited to women who had given birth, she believes it is applicable to other young, healthy women in Denmark and in other countries. Because every citizen of Denmark has a unique and permanent identification number which follows them from birth to death, it enables cross-linkages of all registries in Denmark, allowing researchers to conduct nationwide studies of rare events.

"The obesity epidemic is exploding, and we saw the urgent need to examine whether obesity increases the risk of cardiovascular disease in young women," Schmiegelow said. "Based on our findings, we need to focus more attention on the heart health risks associated with obesity early in life, especially given that obesity and heart disease both increase with age."

Obesity has also been linked to a host of other health problems including high blood pressure, high cholesterol, diabetes, certain types of cancer, arthritis and breathing problems. Schmiegelow plans to extend this research to investigate the relationship between BMI and other heart-related health problems in young women. Because the researchers did not have access to information about women's level of physical activity, which might play a mediating role, they also hope to tease this out in future studies.

New Technology to Speed Up Diagnosis of Stroke from Vertigo, Dizziness Symptoms
New Technology holds the potential to distinguish stroke from peripheral vestibular in cases of ......