Scientists at the U.S. Army Medical Research Institute of Infectious Diseases (USAMRIID) have used a novel approach to develop protective antibodies against the potentially deadly hantavirus. Their work, published in the online edition of Science Translational Medicine, provides proof of developing antibodies against a broad range of human pathogens.

Hantaviruses cause a condition known as hantavirus pulmonary syndrome (HPS), which has a case fatality rate of 35-40 percent. Currently there are no licensed vaccines, prophylactics, or therapeutics to prevent or treat this highly pathogenic disease.


This research involved the use of specially bred "transchromosomal" cows that have been engineered to produce fully human antibodies. Investigators first immunized the cows with DNA vaccines targeting two types of hantaviruses, Andes virus and Sin Nombre virus. The team collected plasma from the cows, purified the human IgG antibodies, and tested the material for its ability to neutralize the two different viruses.


The purified human antibodies had "potent neutralizing activity against both hantaviruses," according to the paper's first author, Jay W. Hooper, Ph.D, of the U.S. Army Medical Research Institute of Infectious Diseases (USAMRIID).

To assess the efficacy of the antibodies, Hooper's team used a hamster model of Andes virus, the predominant cause of HPS in South America and the only hantavirus known to be transmitted person-to-person. Infection of Syrian hamsters with Andes virus, as demonstrated in earlier studies at USAMRIID, results in a disease that closely mimics human HPS in incubation time, symptoms of respiratory distress, and disease pathology. This makes it an ideal system for evaluating the feasibility of post-exposure protection strategies.

As described in the publication, seven of eight hamsters treated with the product survived with no signs of disease. In contrast, all eight hamsters treated with control human IgG purified from unvaccinated transchromosomal cows developed lethal HPS. Similar experiments were performed demonstrating that the purified human antibodies also protected immunosuppressed hamsters against lethal disease caused by Sin Nombre virus. This virus, which causes HPS in the US and Canada, has been associated with notable hantavirus outbreaks, including the cluster of cases at Yosemite National Park in 2012.

Recently, according to Hooper, scientists in Chile have had some success in using convalescent plasma from HPS survivors to treat the disease, which suggests that a polyclonal antibody approach to treatment is feasible. However, the immune plasma is in short supply and must be matched to each patient's blood type. The transchromosomal cows used by USAMRIID collaborator SAB Biotherapeutics, Inc. offer the opportunity to produce large quantities of antibodies that are fully "human," meaning they will not be seen as foreign antigen by the human immune system.

According to the authors, this is a significant advantage over other animal-derived polyclonal antibody approaches to the treatment of disease, where the antibody must be treated with enzymes to "despeciate" the antibodies to prevent a condition known as serum sickness. Moreover, it is possible that the human IgG will be capable of interacting with the human immune system to neutralize and clear virus in ways that despeciated antibodies cannot.

"This study represents the first time that DNA vaccines have been used to produce a hyperimmunized response in a human antibody-producing large animal species," said Eddie Sullivan, chief executive officer of SAB Biotherapeutics, Inc. "Furthermore, the animal studies show that the human antibody is protective in the animal model presented."

According to Sullivan, this technology can be used to rapidly respond to many types of diseases, as the development time from first vaccination to high-titer, fully human polyclonal antibody is just a few months. He added that each animal can produce up to several hundred or even a thousand human doses of antibody per month, making the platform very scalable, based on data from this and other studies.

Now that proof of concept has been demonstrated, Hooper said, the next step is to secure funding and approval for Phase I clinical trials in humans to assess the safety profile of the antibodies. 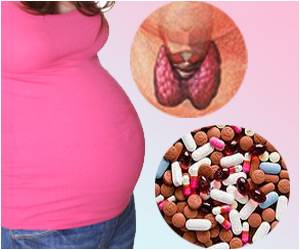