A long sought-after partner for a key immune protein, called TIM-3, has been identified by a team from a Brigham and Women's Hospital-led team. The finding helps explain its two-faced role in the immune system -sometimes dampening it, other times stimulating it. This newly identified partner not only sheds light on the inner workings of the immune system in diseases such as HIV, autoimmunity, and cancer, but also provides a critical path toward the development of novel treatments that target TIM-3. The researcher's findings appeared last month in the journal Nature.

"There has been a lot of confusion around TIM-3 - how does it both inhibit and activate the immune system," said Richard Blumberg, chief of the Division of Gastroenterology, Hepatology and Endoscopy at Brigham and Women's Hospital (BWH) and senior author of the paper. "This is a crucial question because TIM-3 has been recognized as an important drug target, but nobody really understands exactly how to approach it because of this Janus-like property."


The interest in TIM-3 as a drug target stems largely from its inhibitory role, particularly in cancer. When immune cells are stimulated over long periods of time, they switch on signals, such as TIM-3, that help them dial down their own activity. This chronically activated state, termed "exhaustion," is an immunological hallmark of chronic viral infections, such as HIV. It is also common in cancer. If there were a way to block TIM-3 pharmacologically, it could unleash the immune system, freeing it to attack tumors.


Despite this interest, the details of how TIM-3 works have been unclear - until now. Blumberg, Vijay Kuchroo, PhD, director, Evergrande Center for Immunologic Diseases at Harvard Medical School and BWH, and colleagues, led by first author Yu-Hwa Huang, identified a critical TIM-3 partner, called CEACAM-1, whose presence determines how TIM-3 will behave. In CEACAM-1's presence, TIM-3 acts as an inhibitor. In its absence, TIM-3 takes on the properties of an activator.

These two molecules work together, forming a completely new structure that had never been appreciated before. In addition to their close partnership, they are highly similar to each other, on both structural and functional levels. In fact, it is these similarities that first led Huang to propose CEACAM-1 as TIM-3's long sought after partner.

Using a variety of approaches, Blumberg and his team were able to reveal the essence of CEACAM-1's role. Importantly, immune cells engineered to lack CEACAM-1 show increased inflammation. In mouse models of colorectal cancer, simultaneous blockade of both CEACAM-1 and TIM-3 led to enhanced anti-tumor responses.

"What's so exciting is that our data tell us how to target TIM-3," said Blumberg. "This really points us along a path to develop a completely new treatment paradigm for cancer as well as for other diseases, such as HIV." 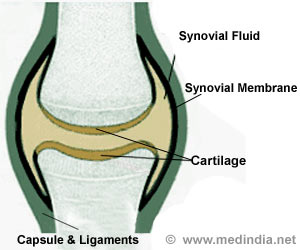 Arthritis - New Hopes for the Old Scourge
Good news for arthritis patients-minimally invasive surgeries and new drugs are on the horizon.
READ MORE