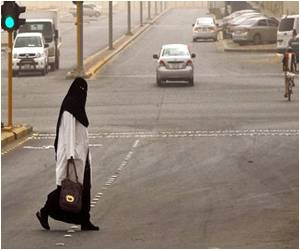 As the World Health Organization prepared for an emergency meeting over worries about the spread of the disease, Saudi Arabia announced seven more deaths from the MERS coronavirus on Saturday.

The Middle East Respiratory System coronavirus has now killed 133 people and infected 473 in the kingdom since it first appeared in 2012, accounting for the bulk of cases registered across the globe.

In its most recent tally, which was updated to midday on Friday, the Saudi health ministry said three men aged 94, 51 and 42 had died from the disease in the western region of Jeddah.

Amid concern over the rising number of cases in several countries, the World Health Organization is to hold an emergency meeting next week on the deadly MERS virus.
Advertisement
MERS is considered a deadlier but less-transmissible cousin of the SARS virus that broke out in Asia in 2003, infecting 8,273 people and killing nearly 800 of them.

Like SARS, it appears to cause a lung infection, with patients suffering coughing, breathing difficulties and a temperature, but MERS differs in that it also causes rapid kidney failure.

Experts are struggling to understand the disease and there are currently no vaccines or antiviral treatments for MERS.

The announcement of the latest fatalities in Saudi Arabia came the day after the WHO said it would hold an emergency meeting on Tuesday to discuss the spread of the virus.

The UN health agency's emergency committee has already met four times to discuss the mysterious coronavirus since it surfaced in 2012.

"The increase in the number of cases in different countries raises a number of questions," spokesman Tarik Jasarevic told reporters in Geneva on Friday, without giving further details of the aim of the new talks.

MERS cases have also been reported in the United Arab Emirates, Jordan, Egypt, Lebanon and even the United States, with most involving people who had travelled to Saudi Arabia or worked there, often as medical staff.

Drug - Food Interactions Loram (2 mg) (Lorazepam) Sanatogen Drug Side Effects Calculator Pregnancy Confirmation Calculator How to Reduce School Bag Weight - Simple Tips Drug Interaction Checker The Essence of Yoga Diaphragmatic Hernia Accident and Trauma Care
This site uses cookies to deliver our services. By using our site, you acknowledge that you have read and understand our Cookie Policy, Privacy Policy, and our Terms of Use