SARS-Like Viruses can Jump from Chinese Bats to Humans: Study 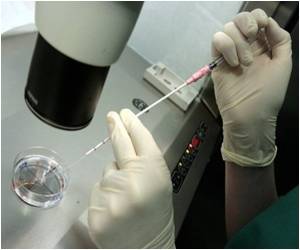 Scientists had found evidence that SARS-like coronaviruses can jump straight from a type of Chinese bat to humans without the need for an intermediary animal "host".

The find has "enormous implications" for public health control, with potentially pandemic viruses present, right now, in bats in China that could cause another outbreak, said the authors of the study published in the journal Nature.

In Saudi Arabia, an elderly man has died from the MERS virus, bringing the death toll to 33, says the health ministry.
Advertisement

"Even worse, we don't know how lethal these viruses would be if such an outbreak erupted," co-author Peter Daszak of the EcoHealth Alliance, a New York-based research group, said in a statement.


Bats have long been thought to be the origin of the Severe Acute Respiratory Syndrome coronavirus (SARS-CoV) outbreak that killed hundreds of people in Asia 10 years ago, but other SARS-like viruses found in bats lacked the genetic ability to "bind" to human cells for infection.

French medical authorities reported two new suspected cases of infection with the SARS-like virus MERS which has killed more than 30 people globally, mostly in Saudi Arabia.
Advertisement
SARS had also been found in civet cats in wildlife markets in China, and many scientists believed they were a necessary intermediary host for the bat virus to mutate into a form able to target humans.

"Our current paper shows that this isn't necessary -- we have found SARS-like coronaviruses in Chinese horseshoe bats that are much more closely related to human SARS and that can use the human cell receptor," Daszak told AFP by email.

"That means they could emerge directly from bats to people anywhere there is contact with this species of Chinese bat, not just in the wildlife markets where civets are also found."

The study authors said their findings constituted the strongest evidence yet that SARS itself may have originated in bats.

"I think it?s the most likely hypothesis for how SARS emerged -- that bats carrying viruses similar to our new CoVs were in the market, and infected both civets and people at the same time," said Daszak.

The results underlined the importance of continued surveillance of viruses in bats to preemptively identify ones that could cross species, said the research team from China, Australia, Singapore and the United States.

"It is not uncommon for bats to be a food source for many people in China and other parts of Asia, so the risk is substantial," said an EcoHealth Alliance statement.

The Middle East Respiratory Syndrome Coronavirus (MERS-CoV) which first appeared in September 2012 and has claimed 62 lives worldwide, is also believed to originate in bats -- in Saudi Arabia.

"Our work shows that bats are important reservoirs of a number of viruses including MERS and we should be more careful about how we interact with bats -- let?s give them the natural space for their habitat, conserve them, and avoid hunting and trading in bats -- this is good for conservation and good for our health," said Daszak.

The results published in Nature were based on a genetic analysis of virus samples taken over the course of a year from members of a horseshoe bat colony in the southwestern Chinese city of Kunming.

Coronaviruses are a large family of viruses that cause an array of human illnesses -- everything from the common cold to SARS. They also cause a number of animal diseases.

Daszak said the team had managed to isolate and cultivate one of the viruses live in the laboratory, which will be used to work on a possible vaccine.

"The biggest threat for a pandemic now is not SARS itself because that outbreak happened and ended. The biggest threat is for something similar to SARS to emerge from wildlife and start off a new SARS-like pandemic," he said..

Commenting on the study, Sanjaya Senanayake, associate professor of medicine at the Australian National University, said the chances of direct disease transmission from animals to humans increased as we encroach further into their natural habitats.

"Of the 40 or so new infections in humans discovered in the last 40 years, most have come from animals," Senanayake said.

How to Choose the Best Eczema-Friendly Moisturizer for Children?
View all
News Archive
News Resource
Advertisement
News Category
Over 107,000 Child COVID-19 Cases In US World Health Assembly to Focus on Covid-19, Health and Peace: Covid Poo Test for Bats can Aid in Pandemic Monitoring Do Air Pollution Have an Impact on the Severity of COVID-19? COVID-19 Infections More Likely to Affect Cancer and Alzheimer's Patients
More News
Sign up for Wellness Consult a Doctor Sign up for Selfcare