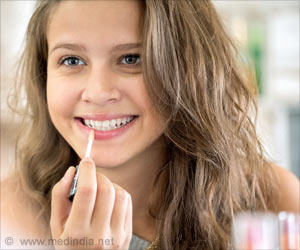 Haneen, a 13-year-old Iraqi girl, who has spent most of her life in orphanages, says she used to stay weeks locked up in herself, aimlessly eating, watching TV and sleeping through each day.

Last week, Haneen was beaming with joy and excitement when the crowd at a Baghdad theatre gave her and her friends a rousing round of applause. "Now I'm happy. I sing, dance and joke with my friends from the orphanage," she said. "I have changed. People are asking me: 'What happened? Have you gone crazy?'"

Doctors were concerned about Ahmad's young age and post-surgery complications. But now, he is in recovery, and all-set to return to Iraq in a few days.
Advertisement

What happened was a project set up by the Ruya Foundation for Contemporary Culture in Iraq and aimed at introducing drama therapy in a country where almost everybody has suffered some kind of trauma.


The play at the Theatre Forum, an edgy arts centre that opened in a beautiful old building on the banks of the Tigris, was the culmination of a months-long program.

Bassem Altayeb was one of the trainees. He took the lead in helping a small group of teenage girls from the Dar al-Zuhur orphanage in Baghdad put together a play that tackles the issues they face.

"Each one found some confidence and self-esteem, built their character. The script is about the girls saying: We too have a right to live, to be protected and have dreams," he said.

On stage, one of the girls puts on an old white-haired man's mask and, in a disturbing scene filled with doom, takes a young bride still clutching her doll to a nuptial room. Lost childhood, early marriage, social inequalities: the play tackled a range of issues with a spontaneous mix of humor and gritty bluntness.

The young troupe also took a swipe at politicians and echoed the despair that is driving the country's youth out of Iraq and onto Europe's shores, drawing hearty laughter but also a few embarrassed chuckles from the crowd.

"I am proud of them today," said a misty-eyed Iman Hassoon, the orphanage's principal, after the show.

"I sometimes get men coming to the orphanage asking to adopt one of the girls," she said, adding that she always refuses because she is afraid they will end up enslaved as maids or for prostitution. "I hope they can use the energy they found with this play to protect themselves and carve a place of their own in society," Hassoon said.

For decades, Iraqis have been battered in turn by dictatorship, economic sanctions, foreign and civil conflicts -- sometimes several of those at the same time.

Violence continues to be omnipresent with car bomb blasts, images of massacres and beheadings sowing death and fear across the country, while the chaos has also allowed thieves, extortionists and traffickers to prosper.

The drama therapy project explores a way of "addressing people and their problems in an extremely damaged society such as Iraq, that has experienced so much trauma and violence," said Tamara Chalabi, chair of the Ruya Foundation.

"Iraq is a society for men, not really for women... These girls are particularly vulnerable," added Furat al-Jamil, an Iraqi-German artist who also works with Ruya.

"The first time Ruya Foundation visited the orphanage, the girls were very shy, they were hiding, all of them wore scarves. Now you see them, liberated from a lot of inhibitions," Jamil said.

After the play, the girls themselves could hardly believe their own transformation. Ruqayyeh, a 13-year-old who played the child bride, burst into tears when the lights came back on and the audience stood up to clap.

"I had always dreamt of being an actress, of being on stage. But I used to be depressed and bored, nobody liked hanging out with me. Now everything's changed and the girls love me."

Doctors have successfully carried out a total knee replacement surgery on a man whose knee had gone stiff due to fusion of the bones with muscles and ligaments.
Advertisement
<< Indian Government Decides to Assess the Impact of FDI in Ph...
British Govt to Build the Most Advanced Polar Research Ship >>

Cholera Outbreak in Iraq Has Infected as Many as 1,201 People: Health Ministry