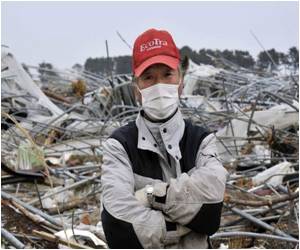 Four countries have blocked a bid to add chrysotile asbestos to a list of dangerous substances subject to export restrictions during a UN meeting in Geneva that concluded early Saturday, participants said.

Policies and decisions that take years or decades to unfold can pose a challenge to global health.
Advertisement

The 1998 Rotterdam Convention restricts trade in chemicals by obliging exporters to ensure that destination countries have been fully informed about the risks involved and have given an explicit green light for imports.


Civil society groups and unions calling for chrysotile's inclusion on the list voiced outrage that the fifth attempt in a decade to do so had been blocked.

Asbestos Exposure Could be Responsible for Some Idiopathic Pulmonary Fibrosis Cases

Asbestos exposure could be the reason behind a portion of idiopathic pulmonary fibrosis (IPF) cases.
Advertisement
"The failure to list chrysotile asbestos means millions of exposed workers will stay ignorant of its deadly dangers," said Brian Kohler, head of health, security and sustainable development for the Industrial Global Union.

"Countries that support the listing must be more aggressive in preventing the Rotterdam Convention from remaining a farce," he said in an email Friday.

The Rotterdam Convention requires full consensus by all signatory members, meaning a single country can block a bid to list a new substance.

The Geneva meeting did manage to add the insecticide methamidophos to the list, according to conference organizers, but failed to list a range of other chemicals, including the pesticide paraquat, which studies have linked to Parkinson's disease.

The question of whether or not to list chrysotile asbestos and the other chemicals where consensus was not reached will likely be raised again at the next conference on the Rotterdam convention in 2017.

Alexandra Caterbow, the co-coordinator of the Rotterdam Convention Alliance organization, warned the meeting that delaying the listing of chrysotile would have dire consequences.

"Every year you do not list, thousands and thousands of people will be exposed to this substance, which means their death sentence," she told the conference.

According to the World Health Organization, at least 107,000 people die each year from asbestos-related cancers and lung diseases such as asbestosis and mesothelioma.

While other types of asbestos have long been acknowledged to be health hazardous, chrysotile is still widely used, especially as an inexpensive ingredient in building materials used in developing countries.

Around two million tons of chrysotile asbestos is still produced each year, with the industry and a number of nations that produce or use the substance maintaining it is safe.

But WHO says "cancer risks have been observed in populations exposed to very low levels" of asbestos, including chrysotile.

About 125 million people are exposed to asbestos at work, according to WHO, mainly in mines, factories and on construction sites.

Workers' families can also be exposed through the dust on their clothes, and building materials in homes can continue to be a source of exposure for decades.

Sharad Sawant, a 75-year-old former asbestos worker at a Turner and Newall asbestos factory in Mumbai, came to Geneva to lobby for listing chrysotile, after he and his wife both were diagnosed with asbestosis.

"My children know I'm suffering and that their mother is suffering," he told reporters through a translator, voicing concern his adult children and even grandchildren may have been exposed. "This is the fault of the asbestos company," he said.

India has long vehemently opposed adding chrysotile to the Rotterdam Convention list, but did not in the end join the four countries officially opposing its inclusion.

To protest against the authorities failure to clear workplaces of asbestos which may lead to fatal respiratory system diseases, thousands staged a die-in in Paris
Advertisement
Advertisement