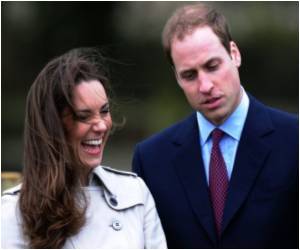 A new study has revealed that the royal wedding is mentioned online once every ten seconds.

Data compiled by internet marketing agency Greenlight found that there is an average of 9000 posts a day on the subject, and the last seven days have seen a flurry of internet "noise" about the impending nuptials, reports the Age.

Greenlight's study showed online media including news sites, blogs, forums, Twitter and Facebook had seen a 700 per cent rise in the mention of the royal wedding compared to March.

As the biggest royal occasion in 30 years nears, Britain is making final preparations for the wedding of Prince William and Kate Middleton next week.
Advertisement
Internationally, those excited by it outweighed "haters" by six to one, the firm claimed.

The combined topics generated 15,739 posts over the week, with posts about the dress, guest list and gifts in the top three.

Chinese jewellery factory owner Zhou Mingwang sums up the global appeal of this month's British royal wedding with one line: It's a love story.
Advertisement
<< Traumas Could Cause Greater Damage In Women
Teachers Advised Against Befriending Their Pupils on Facebo... >>