Traumas Could Cause Greater Damage In Women 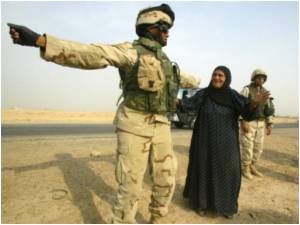 Women seem to be more vulnerable to health problems resulting from the post traumatic stress disorder (PTSD), men less so. The differing impacts have been traced to starkly different immune system responses in the two genders.

While a robust immune response protects the body from foreign invaders, such as bacteria and viruses, an over-activated response causes inflammation, which can lead to such conditions as cardiovascular disease and arthritis. Thus the findings could help women combat such adverse developments.

The findings of researchers at the San Francisco VA Medical Center and the University of California, San Francisco have been published in the March, 2011 issue of Brain, Behavior, and Immunity.


The authors took blood samples from 49 men (24 with PTSD and 25 controls) and 18 women (10 with PTSD and 8 controls). They then used gene microarray technology to determine which genes were activated in the subjects' monocytes, which are immune cells that regularly cross the barrier between the bloodstream and the brain, and thus give a broad picture of immune reaction in both the body and brain.

There is a correlation between increased circuit activity in the right side of the brain and the debilitating, involuntary flashbacks triggered by post traumatic stress disorder (PTSD).
Advertisement
"We were looking for evidence of inflammation caused by immune activation," explained lead author Thomas Neylan, MD, director of the PTSD program at SFVAMC and a professor in residence of psychiatry at UCSF. "We know that people with PTSD have higher rates of cardiovascular disease and arthritis, which are diseases associated chronic inflammation. We also hoped that seeing which genes were expressed in PTSD might show us potential therapeutic approaches that we hadn't thought of."

"This is the first time that it's been shown that men and women respond differently to PTSD on a very basic biological level."

Neylan characterized the finding as "unexpected."

The researchers do not know why there seems to be such a marked difference between men and women, said Neylan. However, in a study published in the January, 2011 issue (posted in April, 2011) of the journal Disease Markers, they analyzed data collected from the same subjects to explore one possible explanation: gender differences in cell signaling pathways.

"We know that gene expression patterns are determined by hormones and proteins that are circulating in the body, and we know that some of those hormones and proteins are produced in response to signals from the brain or central nervous system," explained lead author Aoife O'Donovan, PhD, a researcher in psychiatry at SFVAMC and UCSF. "These signaling pathways are used by the brain and central nervous system to communicate with the immune system and tell immune cells what to do."

In the NF-kappa B and GR pathways in both men and women with PTSD, they found evidence of signaling that could promote inflammation.

"This particular pathway might be a clue to the gender difference in monocyte gene expression in PTSD," said Pulliam.

"It's still very early," cautioned O'Donovan, "but these bioinformatics results are telling us something about how PTSD could increase the risk for autoimmune disorders like arthritis as well as cardiovascular disease, cancer, and other diseases of aging. They also point us in the direction of some potential treatment targets, telling us where future investigative energy might be well spent."

Neylan emphasized that because of the small sample size, particularly among the women, the results of the two studies are suggestive rather than conclusive. "The next step is to look at larger groups of men and women, and we are working on that," he said.

Pregnancy Confirmation Calculator Blood - Sugar Chart Find a Doctor Calculate Ideal Weight for Infants Selfie Addiction Calculator Blood Pressure Calculator Accident and Trauma Care Drug - Food Interactions Indian Medical Journals Find a Hospital
This site uses cookies to deliver our services.By using our site, you acknowledge that you have read and understand our Cookie Policy, Privacy Policy, and our Terms of Use  Ok, Got it. Close
×