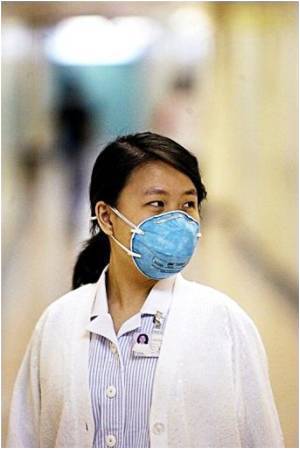 Virginia Tech researchers studied on the risk of airborne infections in public places from concentrations of influenza A virus.

Linsey Marr, associate professor of civil and environmental engineering at Virginia Tech, and her colleagues, Wan Yang, of Blacksburg, Va., one of her graduate students, and Elankumaran Subbiah, a virologist in the biomedical sciences and pathobiology department of the Virginia-Maryland Regional College of Veterinary Medicine, conducted their research in a health center, a daycare facility, and onboard airplanes.

Airborne Influenza - How It is Spread

Aerosol transmission could be a possible way in which influenza spreads, other than direct contact and droplets.
Advertisement

"The relative importance of the airborne route in influenza transmission "in which tiny respiratory droplets from infected individuals are inhaled by others" is not known," Marr, who received a National Science Foundation CAREER Award to pinpoint sources of unhealthy air pollutants, said.


What is known is that influenza A viruses are "transmitted through direct contact, indirect contact, large respiratory droplets, and aerosols that are left behind by the evaporation of larger droplets," they reported in the journal. "The aerosol transmission route is particularly controversial since there is scant proof of infection mediated by virus-laden aerosols, partly due to the difficulties in studies involving human subjects and partly due to the challenges in detecting influenza A viruses in ambient air."

What happens if an infected person might cough or sneeze or just be engaged in conversation, and release the viruses into the air. However, these aerosols are quickly diluted to very low concentrations by the surrounding air.

A tiny silicon chip may aid in the detection of dangerous airborne chemicals and alert emergency responders via the cell phone network.
Advertisement

Increasing Drug Resistant Strains Cropping Up in the Influenza Virus

It is time to enjoy the cool weather with the advent of the rains. Along with fun, one should also be mindful ...

Your immune system has to be strong to fight the bacteria and viruses that enter the body and cause illness ...