Reversing Its Earlier Stand, Apple Approves of the Comic 'Ulysses' With Nudity

Apple has approved a comic book adaptation of James Joyce's "Ulysses" for the iPad which contains nudity after initially demanding that it be edited.

"It was kind of ironic considering the novel's history with notions of obscenity and censorship over the years," "Ulysses 'SEEN'" illustrator Robert Berry said of Apple's original request that a pair of nude drawings be removed.

"It was also kind of funny because they carry Joyce's book in their iBook store," Berry told AFP in a telephone interview.


Apple's initial objections concerned drawings of a woman's breasts on two pages in the iPad application submitted for approval by Throwaway Horse, the venture behind the graphic novel treatment of "Ulysses," he said.

"Apple has some really fairly strict no nudity guidelines for application developers to follow for images," he said.

"So we asked if we can pixelate," Berry said. "And they said 'No, you can't have any nudity at all.'

"It didn't really feel like a case of censorship," Berry added. "I have always been able to understand that it's their store and they want to decide what kind of stuff goes on their shelves.

"But the argument became about how can they make an artist change their statement just to be there," he said.

Berry said he prepared another version of the iPad application but received a call from Apple on Monday.

"They said they had decided to change their policy in our case and we should resubmit the original unedited versions of all the pages," he said.

"They told us they'd push it through for Bloomsday" -- Wednesday's celebration of the day at the center of the novel.

"So within eight hours of our resubmitting it was available from the iTunes Store," Berry said, where it is available for free download but restricted to users aged 17 or older.

The 700-page "Ulysses" charts the adventures of the novel's hero Leopold Bloom, a Jewish advertising salesman, and young poet Stephen Dedalus as they wander the streets of Dublin 105 years ago.

It was the subject of a celebrated 1933 court case in the United States in which a judge ruled that the novel was not obscene. 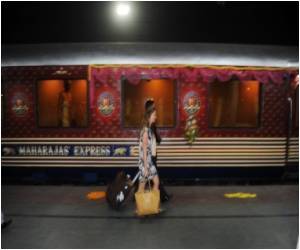 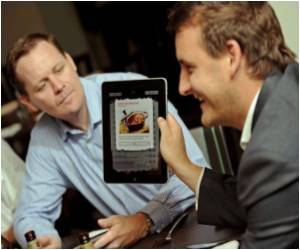 Thousands Queue for Global Roll-Out of IPad
Shops in Australia and Japan were mobbed by thousands of gadget freaks on Friday as Apple's iPad began its international launch.
READ MORE

China's Grey Markets Selling IPads Like Hot Cakes
It has emerged that Apple's latest gadget, the iPad, is being sought after by many Chinese, who are willing to pay any amount to own one.
READ MORE