Reversing Ageing may be Possible by Removing Wrinkles from Cells 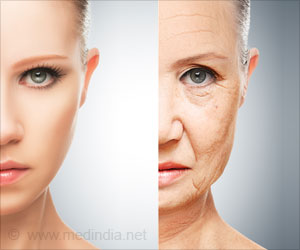 Removing wrinkles inside our cells could be the key to curing or preventing unwanted effects of ageing such as diabetes, fatty liver disease and other metabolic diseases, according to a new study published in the journal Aging Cell.

The age-related complications may be the result of our cells' nuclei -- the compartment containing our DNA -- getting wrinkly which prevents our genes from functioning properly, the researchers found.

Advertisement
‘It may be possible to use viruses to smooth the surfaces of nuclear membranes which encase the nucleus and restore the cells to functioning as they did in the glow of youth.’

The findings suggest that it may be possible to use viruses to smooth the surfaces of nuclear membranes which encase the nucleus -- and restore the cells to functioning as they did in the glow of youth.


The membrane wrinkling stems from a lack of a substance called lamin, a cellular protein that comes in various forms.

By putting the appropriate lamin back, it might be possible to smooth out the membrane.
Advertisement
"We could use viruses to deliver the shipment. Scientists are already modifying viruses for beneficial medical purposes, and it would be particularly easy to get a modified virus to the liver because of the organ's role in detoxifying the body," said Irina Bochkis of the University of Virginia School of Medicine in the US.

And if it works "you're going to have normal cells -- normal, healthy cells -- and they will appropriately express the genes that should be expressed and ... you're going to eradicate the stuff that shouldn't be there," she said.

Bochkis suspects the wrinkling of the nuclear membrane is responsible for unwanted effects of ageing in other parts of the body as well.

In the study, the researchers showed that the location of our DNA inside the cell's nucleus is critically important. Genes that are turned off are shoved up against the nuclear membrane. But with age, our nuclear membranes become lumpy and irregular, and that prevents genes from turning off appropriately.

Looking at a model of fatty liver disease, Bochkis found that our livers become studded with fat as we age because of the wrinkly nuclear membranes.

"When your nuclear membrane is no longer functioning properly, it can release the DNA that's supposed to be turned off," she said.

"So then your little liver cell becomes a little fat cell," Bochkis said.

The accumulation of fat inside the liver can cause serious health effects, increasing the risk of Type-2 diabetes and cardiovascular disease, even potentially leading to death.

Wrinkles
Wrinkling is definitely age-related but there are some factors that should be kept in mind to delay ...

Wrinkles and Anti-Wrinkle Treatments
Anti-wrinkle treatments are for the repair of deep wrinkles, crow's feet and aging, for youthful ......