Research Says Brain Scan can Tell If a Smoker Will Quit 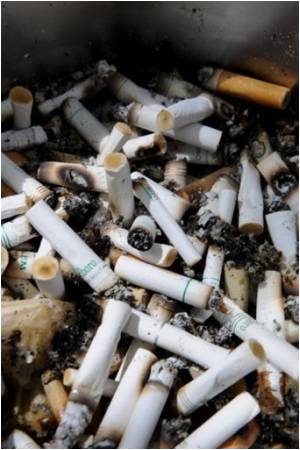 A way to predict how successful a smoker will be at quitting by using an MRI scan to look for activity in a region of the brain associated with behavior change has been developed by US researchers.

The scans were performed on 28 heavy smokers who had joined an anti-smoking program, according to the study published Monday in the peer-reviewed journal Health Psychology.

Participants were asked to watch a series of commercials about quitting smoking while a magnetic resonance imaging machine scanned their brains for activity.


After each ad, subjects in the study "rated how it affected their intention to quit, whether it increased their confidence about quitting, and how much they related to the message," researchers explained.

Tobacco use in women is on the rise. The health risks of tobacco are far too many has never done a woman any good psychologically or health-wise.
Advertisement
Those who showed activity in the medial prefrontal cortex during the ads were "significantly linked to reductions in smoking behavior" in the month that followed, regardless of how the people said they were affected by the ad.

"What is exciting is that by knowing what is going on in someone's brain during the ads, we can do twice as well at predicting their future behavior, compared to if we only knew their self-reported estimate of how successful they would be or their intention to quit," said lead author Emily Falk.

"It seems that our brain activity may provide information that introspection does not," added Falk, director of the Communication Neuroscience Laboratory at the University of Michigan.

She said researchers would next try to determine which kind of messages were most effective by matching brain activity to the ads.

The study was funded by the National Institutes of Health and the National Science Foundation, and took place at University of California, Los Angeles.

Encyclopedia section of medindia briefs you about the History of Tobacco
Advertisement
<< Nobel Peace Prize Nomination for Julian Assange?
Why Some People Cannot Give Up Nicotine >>