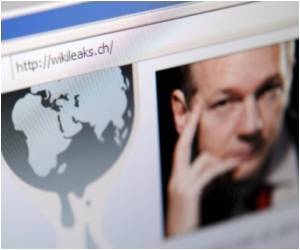 WikiLeaks founder Julian Assange will likely be in the running for the 2011 Nobel Peace Prize along with the vibrant protest movements across the Arab world and Russian human rights activists.

According to existing rules, the Norwegian Nobel Committee will only consider candidate proposals sent by February 1 for its pick, to be announced in October.

China's censorship machine kicked in to suppress the news as soon as dissident Liu Xiaobo was awarded the Nobel Peace Prize.
Advertisement

Since news events often influence nominations, this year's list of candidates could be coloured by the recent waves of protests against authoritarian Arab regimes, including in Tunisia and Egypt.

"But no name really stands out. In Egypt, the (opposition) movement seems very spontaneous. And (the most visible opposition leader) Mohamed ElBaradei already received a Nobel prize" in 2005, he pointed out.

Japanese author Kenzaburo Oe, winner of the 1994 Nobel Prize for Literature,heads the longlist for the Man Asian Literary Prize, it was announced.
Advertisement
The nature of the protests, which appear more motivated by socio-economic factors than ideological, could also complicate finding an obvious candidate.

The names of nominees are kept secret for 50 years, and although those entitled to nominate candidates are allowed to reveal their picks, Nobel observers are basically condemned to making educated guesses as to who will figure on the list.

Thousands of people are eligible to submit nominations, including members of parliament and government worldwide, university professors, previous laureates and members of several international institutes.

The five-member Nobel Committee that awards the prize is also eligible to add to the list during its first meeting of the year, scheduled for February 28.

"Maybe a leader (of the popular uprisings in the Arab world) will stand out by then," Sveen said.

After infuriating Beijing last year by handing the prestigious prize to jailed Chinese dissident Liu Xiaobo, the Nobel Committee might also want to turn its attention to Russia this year, the historian mused.

"We'll have to see how the situation evolves in the aftermath of the terror attack" that on January 24 killed 35 people at Moscow's largest airport.

"If Moscow reacts by opting, as I suspect, for a hard line in the Caucasus region that puts pressure on human rights activists, those activists could become natural candidates for the Nobel," Sveen said.

He speculated that two candidates mentioned among the favourites last year will likely be on the list again this year: female human rights activists Svetlana Gannushkina of Russia and Sima Samar of Afghanistan.

"It has been a long time since the Nobel was given to a woman," Sveen points out, adding that "giving it to Sima Samar would have the additional benefit of raising the issue of women in Muslim countries."

Kenyan environmentalist Wangari Maathai was the last woman to receive the honour in 2004.

Another likely candidate this year is Australian former hacker Julian Assange, the founder of world-rocking whistleblower website WikiLeaks, which is in the midst of slowly releasing some 250,000 confidential US diplomatic cables.

But experts are sceptical of his chances of grabbing the prize.

"To claim that his actions have in some way promoted 'fraternity among nations,' to invoke the famous line in Alfred Nobel's will, would be far-fetched, if not altogether inaccurate," US journalist and Nobel Peace Prize specialist Scott London told AFP.

"It might be truer to say that he has undermined that fraternity by creating a culture of anxiety and suspicion in international affairs, especially between countries in volatile regions like the Middle East," he added.

Assange's misadventures in Sweden, where he is suspected of rape and sexual molestation, also diminish his chances of winning the prize, according to experts.

The Nobel Medicine Prize winner will be named Monday, kicking off a week of prestigious award announcements including the two that are most watched, Literature and Peace.
Advertisement
<< Gender-Bending Family in Czech Puzzles Sex Experts
Research Says Brain Scan can Tell If a Smoker Will Quit >>