In a study by the researchers from the University of Cambridge, the reason behind the spread of methicillin-resistant Staphylococcus aureus (MRSA) occurring in under-resourced hospitals has been found by using genome sequencing. By pinpointing how and when MRSA was transmitted over a three-month period at a hospital in northeast Thailand, the researchers are hoping their results will support evidence-based policies around infection control.

MRSA is a common cause of hospital-acquired infections, with the largest burden of infections occurring in under-resourced hospitals in the developing world. Whereas genome sequencing has previously been applied in well-resourced clinical settings to track the spread of MRSA, how transmission occurs in resource-limited settings is unknown. In a new study published today (9 December) in the journal Genome Research, researchers used genome sequencing to understand the spread of MRSA in a hospital with high transmission rates.


"In under-resourced hospitals and clinics, formal screening procedures for MRSA are not in place," said Professor Sharon Peacock of the University of Cambridge and the Wellcome Trust Sanger Institute, who led the research. "Filling gaps in our understanding of how MRSA spreads in such settings is important, since this not only highlights the problem but also provides direction to interventions that tackle this and other hospital-based pathogens."


The team of researchers from the UK, Thailand and Australia monitored all patients on two intensive care units (ICUs) at a hospital in northeast Thailand over a three-month period in order to track how and when MRSA was transmitted. During this time, five staff members and 46 patients tested positive at least once, which represented 16% of adult and 34% of paediatric patients.

Conventional bacterial genotyping approaches do not provide enough discrimination between closely-related MRSA strains to be able to pinpoint transmission from one person to another, but whole genome sequencing addresses this problem. A total of 76 MRSA populations, or isolates, were sequenced, including up to two repeat isolates from patients who tested positive for MRSA in the first screen. None of the patients or staff members who tested positive for MRSA were asymptomatic carriers.

By conventional typing, all of the MRSA identified belonged to sequence type 239, the dominant MRSA lineage worldwide. But, based on sequence data, there was considerable genetic diversity, including the presence or absence of clinically important genes such as those coding for antiseptic resistance and antibiotic resistance.

"A striking result from sequence data was the presence of multiple distinct clades, which suggests that several different variants of MRSA were circulating through the hospital at the same time," said Peacock. "We also confirmed numerous transmission events between patients after admission to the ICU, and identified a 'super-spreader' in each unit."

"Studies such as this provide information to help inform policy," said Peacock, who is a member of the Department of Medicine and the Department of Pathology, and a Fellow of St John's College. "It also highlights - in a concrete way - the importance of infection control including effective implementation of hand-washing, which is the most effective way to control MRSA."

Following the results of the study, the hospital has implemented a comprehensive hand-washing policy, a project which is being overseen by Ben Cooper, one of the paper's co-authors.

Has the White Coat Lost Its Meaning in the Hospitals?
Are doctors going to dump the white coat in favor of business suits? What does infection have to do with white coats?
READ MORE 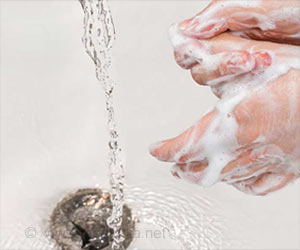 Hospital Acquired Infections
Hospital acquired infections (HAI) are acquired by patients and health personnel alike in a hospital setting. HAI can be life-threatening and need to be promptly diagnosed and treated. Major causes are bacteria, with fungi and viruses playing a lesser role.
READ MORE