Research: Muscular Problems in Children With Neonatal Diabetes are Neurological 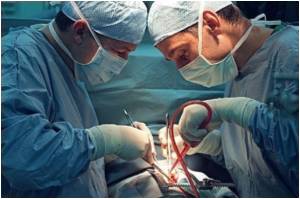 New research indicates that the muscle weakness and coordination problems sometimes seen in patients with neonatal diabetes are caused by problems in the brain rather than the muscles. The findings could pave the way for the development of improved treatments for the disease.

Neonatal diabetes affects one in 100,000 infants in the UK. It usually begins in the first six months of a child's life and can be accompanied by development defects affecting speech, movement, and cognitive function.


In 2004, Professor Frances Ashcroft at the University of Oxford and Professor Andrew Hattersley at the Peninsula Medical School discovered that the condition was caused by a genetic defect which produces an overactive version of a protein, which acts as a potassium channel known as the KATP channel. This channel controls the release of insulin from the beta cells of the pancreas and when the channel becomes overactive, it prevents the release of insulin. Lack of insulin, which controls the blood sugar level, results in diabetes.


As a result of this work, patients with neonatal diabetes were not only able to be diagnosed more accurately, but it was also possible to switch them from insulin injections to sulfonylurea tablets. Sulfonylurea drugs, which had already been in use for type 2 diabetes for over fifty years, shut the open KATP channels, thus stimulating insulin release.

"As well as having problems secreting insulin, around one in five children with neonatal diabetes tend to develop more slowly than most and have problems walking and talking," explains Professor Ashcroft. "Sulfonylurea revolutionised treatment for these children, allowing them to take a pill to control their diabetes rather than daily insulin injections. In many cases, the drugs also improve their neurological problems and a few children started to walk or talk shortly after switching medication."

However, sulfonylurea drugs did not always restore muscle function to normal and in some patients they were ineffective.

To investigate the cause of the muscle problems, Professor Ashcroft and her colleagues at the University of Oxford developed two mouse models in which the genetic defect found in the patients was inserted into either the muscle cells or the nerve cells, respectively. The research, funded by the Wellcome Trust and the Royal Society, is published today in the journal Science.

When the KATP channel was overactive in the muscles, the mice had no problems with moving. However, when the channel malfunctioned in the central nervous system - the brain and the nerves - the mice had impaired muscle strength, disturbed balance and movement, and showed hyperactivity.

"Our results suggest that the problems that children with neonatal diabetes have with muscle weakness and coordination occurs in their nerve cells, but not in their muscle cells," says first author of the study Rebecca Clark, a Wellcome Trust PhD student. "This has implications for how we might improve treatments for this condition."

"For sulfonylureas to be able to shut down the defective potassium channels in the brain, they must first cross the blood-brain barrier," explains Professor Ashcroft. "This means we need to use drugs that are able to enter the brain effectively."

Professor Ashcroft and colleagues say that the findings should help them focus in on which areas of the brain are affected by the defective KATP channel, and that they can now use their mouse model to look at how the patients' genetic defect affects cognitive function.