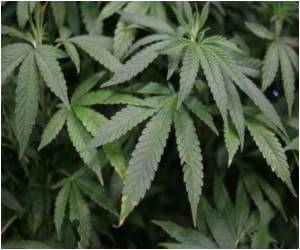 "The percentage of people with a less good mental health is two times higher among cannabis users than non-users," CBS said in a statement.

The study, which was carried out between 2007 to 2009 and involved some 18,500 people, found that "20 percent of male cannabis users complained of mental problems, compared to 10 percent among non-users".


The proportion was the same for women, with 28 percent of users complaining of mental problems, compared to 14 percent among non-users, CBS said.

valuable information regarding the recent developments in the field of anesthesia
Advertisement
Smokers complained of mental problems such as anxiety, melancholy, sadness and impatience, but CBS said the physical health of users and non-users barely differed.

The study found that four percent of the 15-65 year-olds who took part had smoked cannabis at least once in the last 30 days.

Though technically illegal, the Netherlands decriminalised the consumption and possession of under five grammes (0.18 ounces) of cannabis in 1976 under an official "tolerance" policy.

Source: AFP
Advertisement
<< Loophole-Exploiting Designer Drugs Targeted in Poland
Disabled can Speak Through Music Thanks to Efforts of a Cana... >>