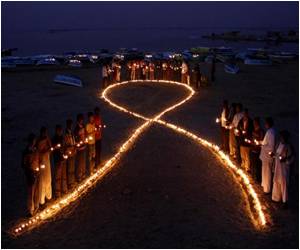 Researchers say UN estimates for HIV deaths and disease can be slashed by a quarter.

"The HIV epidemic is smaller than estimated by UNAIDS", wrote a team that reviewed data contained in the Global Burden of Disease Study 2013.

"The overall amount of ill-health and premature death resulting from HIV (is) roughly 25 percent lower than the latest estimate provided by UNAIDS in 2012," added a statement carried by The Lancet medical journal, which published the results of the probe.


The analysis by a team of international researchers tracked the rate of new infections, deaths and numbers of people living with HIV, tuberculosis and malaria in 188 countries over the period 1990 to 2013.
Advertisement
They found the world's malaria burden, while shrinking, was probably larger than World Health Organisation (WHO) estimates, while new tuberculosis infections continued their decline.

The UN seeks to halt the spread of the three diseases by 2015 under its Millennium Development Goals, designed to improve the lot of the world's poor.

"Slow but important progress" had been made, the study found.

"Cumulatively, 19.1 million years of life have been saved since 1996" -- 13.4 million in developing countries, said the authors.

These are calculated as the total number of years that people lived instead of dying from HIV/AIDS thanks to prevention measures and virus-suppressing drugs.

The cost was calculated at $4,498 (3,327 euros) per year of life added, "which we think is a bargain," study co-author William Heisel of the University of Washington's Institue for Health Metrics and Evaluation, told AFP.

With ever-better access to drugs, the number of people living with HIV rose steadily to about 29 million in 2012, said the review.

The global rate of new HIV infections among children was down 62.4 percent from its highest level in 2002.

"We gathered more data than had ever been analysed before and we took a different approach than UNAIDS has in previous reports," Heisel explained by email.

The discrepancies also illustrated the dearth of data in many countries.

There were 7.5 million new TB infections in 2013 and 12 million people living with the disease.

The authors said the interventions were clearly working, but had to be scaled up.

The findings are to be presented Tuesday at the 20th International AIDS conference taking place in Melbourne.

Effect on Pregnancy of Receiving Antiretroviral Therapy for Preventing HIV Revealed
A new study has found that among African couples where males were HIV positive and females were ......