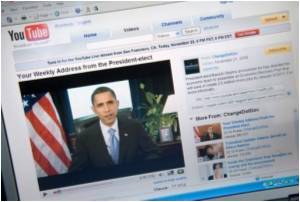 State media is reporting that Chinese video streaming websites have removed four legally licensed US television shows. This is a move that could portend "stricter online monitoring" in the country.

"From Saturday, popular shows 'The Big Bang Theory', 'The Good Wife', 'NCIS' and 'The Practice' were no longer available on tv.sohu.com, youku.com and v.qq.com," the Global Times said, referring to three popular services and adding that the series were "all purchased legally for viewing in China".

China closely censors all media, from newspapers to foreign films to microblogging posts, in a vast effort to control public discourse and avoid sensitive topics that could undermine the Communist authorities' grip on power.


But it was unclear why these shows, which did not have excessively political or sexual themes that might be considered inappropriate, were removed.
Advertisement
TV series from the US and Britain were "increasingly popular in China" and "importing shows has become big business", the Global Times said.

The removal of such content "may indicate that authorities are imposing stricter online monitoring", it cited film and drama critic Be Chenggong as saying.

Be added that fans of the shows could easily access them from unauthorised websites anyway.

But that did not stop the Chinese from airing their frustrations Monday on the popular microblogging site Sina Weibo.

One complained of having to turn to American, Japanese and Korean shows for lack of decent Chinese alternatives.

"If you could come up with shows that didn't insult people's intelligence, and movies that were not so low-quality yet expensive, you think I would spend so much energy looking for them?" the user posted.

Another commentator vented about common domestic viewing fare such as exaggeratedly heroic wartime dramas, asking how "such rubbish story lines could still be acceptable".

One poster asked: "How could a show like Big Bang Theory have bothered you?"

None of the three video-streaming sites could be reached for comment by AFP, and nor could the government body overseeing media, the State Administration of Press, Publication, Radio, Film and Television.

In a notice in January it vowed to more "seriously implement a system in which shows obtained approval before being broadcast", noting that some online content had been found to violate certain regulations after being broadcast and had to be taken down.