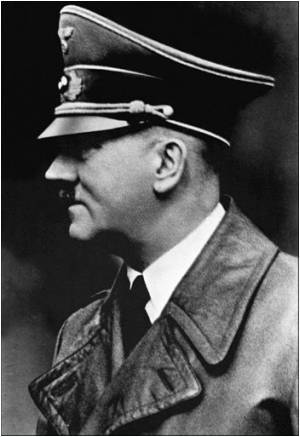 A recent commemoration of Adolf Hitler's 125th birth anniversary in France signifies how German neo-Nazis, hamstrung by tough laws back home, are increasingly favoring France for their activities.

Facing intense media scrutiny in Germany and a slew of tough legislation, many neo-Nazis have turned to surrounding countries to stage concerts and other events, including France's northeastern border regions of Alsace and Lorraine.

The area, which was under German control for about 40 years and only reverted back to France after World War I, was the venue of a recent ceremony to mark Hitler's birthday.


Some 200 people crossed over the border for the party, held on the Saturday before Easter, in a communal hall in the Alsace town of Oltingue, which is near the border with Germany and Switzerland.

By getting tech-savvy, senior citizens are fostering new engagements, bringing in positive change in their attitude, health, fighting depression and improving the quality of their lives.
Advertisement
The local officials were in the dark until after it was held as the organisers had kept their plans a close secret. They had even banned participants from bringing cameras and mobile phones.

"We sometimes have these kind of rallies, generally in the Moselle region which is very close to Germany," said a police officer in Lorraine, speaking on condition of anonymity.

The officer said the events were "very tightly controlled and discreet" and did not "cause any trouble or pose any threat to public order".

"As a result, we do not have the authority to go in and see what is happening," police said.

"We can ban an event if there is a precise objective but this is never the case."

Germany has toughened its laws to prevent the resurgence of Nazism, launching strict measures against such gatherings.

"Apart from restrictions limiting the number of people gathered in a hall, sporting any Nazi emblems or any linked objects is illegal even in private," said Gideon Botsch, a researcher in the far-right at the University of Potsdam.

German authorities have also cracked down on neo-Nazi hard rock groups. Songs espousing Nazi ideology or containing racist words are blacklisted and their sale is banned in the country.

But they take care to hide their intentions and leave no traces to avoid prosecution abroad.

In Volmunster in the Moselle region near Germany, neo-Nazis have organised concerts in recent years in a discreet and isolated private chalet.

"I don't know if the land belongs to them but its owner is German," said Volmunster's mayor Daniel Schaff.

"They hold music events from time to time," he said. "But it's always orderly and the following day everything is clean. Nobody even complains. What can one do?" he said.

But local officials are more riled when they hire public halls, like the one used to fete Hitler's birthday, under false pretexts and often with the help of French peers.

The youth wing of the far-right German National Democratic party held several gatherings in France's Bas-Rhin region in 2011 and 2012.

An event, which drew some 1,000 neo-Nazis mainly from Germany, was held in a private warehouse in the area after they failed to rent a public hall at Volmunster.

"They rent several places at once and always have a plan B," said Alexander Breser, the spokesman for an anti-fascist group from Saarbruecken in southwest Germany.

"On the flyers distributed on specialised Internet forums, the venue of the concerts is never clearly indicated. There is just a temporary telephone number or an email," he said.

That eventually leads to the precise location, he said.

One such concert has been advertised for the end of May somewhere in the north of France, according to a flyer on the Internet tracked by ant-fascist organisations in Germany and Switzerland. Experts think it could likely be staged in Lorraine.

Depression is a common disorder and many worldwide suffer from depression. Early recognition of symptoms and signs of depression can help in taking a holistic approach to the management of depression.
Advertisement
<< Report: American TV Shows Cut from China Websites
World Will be Better With More Women Leaders Like Hillary, ... >>

Loram (2 mg) (Lorazepam) Noscaphene (Noscapine) Find a Hospital How to Reduce School Bag Weight - Simple Tips Post-Nasal Drip Nutam (400mg) (Piracetam) Diaphragmatic Hernia Iron Intake Calculator Drug - Food Interactions Sanatogen
This site uses cookies to deliver our services. By using our site, you acknowledge that you have read and understand our Cookie Policy, Privacy Policy, and our Terms of Use