Quality of Dying Best in Britain 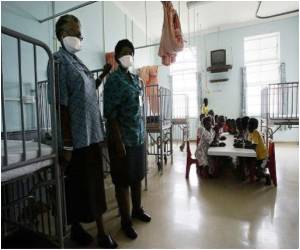 The quality of care provided for the dying is best in Britain, with other developed countries far behind, reports a study.

State support for end-of-life care and an effective network of hospices put Britain top of the list of 40 countries, despite not having the best healthcare system overall, said a report by the Economist Intelligence Unit (EIU).

Calculate how many more seconds have you got to live. An interesting reminder for us to live these precious moments happily.
Advertisement

Researchers looked at factors including public awareness, availability of training and access to pain killers and doctor-patient transparency to compile the "quality of death" index.


Australia ranked second on the global list followed by New Zealand and Ireland, with Germany, the US and Canada also featuring in the top 10.

Many rich nations were in the bottom half of the list, including Denmark (22nd) and Finland (28th). India scored worst at number 40, with Portugal, South Korea and Russia also in the bottom 10.

Top ten deadly facts about death itself. Find out the most common contributing causes of death in world and their numbers.
Advertisement
In the worst cases, the study found the quality and availability of care was often poor and policy co-ordination was lacking.

It said "few nations, including rich ones with cutting-edge healthcare systems" incorporate end-of-life care strategies into their overall healthcare policy.

In many of these countries, increasing longevity and ageing populations mean demand for end-of-life care "is likely to rise sharply", said the study.

Falling birth rates, especially in developed countries, are likely to complicate the situation and, for the first time in history, the number of people over 65 will outnumber children under five years old, it added.

"For the end-of-life care community, this presents a new and complex set of problems," the report said.

The study recommended more training for potential home carers, adding that palliative care need not mean institutional care and that many patients choose to die at home.

The report cited data showing that more than 100 million patients and their family care-givers need palliative support annually, but fewer than eight per cent of them actually receive it.

"Governments and providers are in a race against time," said the study, warning that spread of ageing was rapidly outpacing efforts to provide much-needed care.

Researchers interviewed doctors, specialists and other experts across the 40 countries listed, including 30 nations within the Organisation for Economic Co-operation and Development (OECD) and 10 others for which data was available.

UK Homes For Elderly Slammed For Insisting On Feeding Tubes

Old age homes in the UK, supposed to take of the elderly, could be making life miserable for them by insisting on artificial feeding.
Advertisement
Advertisement
This site uses cookies to deliver our services.By using our site, you acknowledge that you have read and understand our Cookie Policy, Privacy Policy, and our Terms of Use  Ok, Got it. Close
×