PTSD Risk High in Soldiers Who Already Have Mental Issues 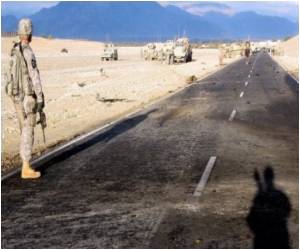 Those soldiers who already suffer from pre-existing mental problems are at a greater risk of developing post traumatic stress disorder, or PTSD, after coming back from battlefield.

A group of US Navy researchers led by Dr. Donald Sandweiss, of the Naval Health Research Center in San Diego, found that soldiers who went to the battlefield with pre-existing mental problems were twice as likely to suffer from PTSD compared to those who had no other mental problems.

The researchers observed more than 22,000 soldiers who were deployed either in Iraq and Afghanistan and who filled out a health questionnaire prior to their deployment. The researchers found that roughly 3 percent of the soldiers suffered from some form of mental illness.


Around 8 percent of the soldiers developed PTSD after returning back to their homes and the researchers found that those who admitted suffering from some form of mental illness before their deployment were 2.5 times more likely to suffer from PTSD.

Stress has become entwined in the current lifestyle of a young working couple and has resulted in the rise in incidence of hypertension, diabetes and psychosomatic illnesses.
Advertisement
Writing in their report, that has been published in the Archives of General Psychiatry, the researchers said, "More vulnerable members of the deployed population might be identified and benefit from interventions targeted to prevent or to ensure early identification and treatment of postdeployment PTSD."

Targeted Screening Program Beneficial for Prostate Cancer Screening
View all
News Archive
News Resource
Advertisement
News Category
Our Perception to Stories may Change as We Grow: Here's Why Post-traumatic Stress Disorder: New Insights Are IVF Babies More Depressed Than Normal Babies? Google Search can be a Predictor of Domestic Violence Screen Both Mom and Dad for Depression after Baby's First Birthday
More News
Sign up for Wellness Consult a Doctor Sign up for Selfcare