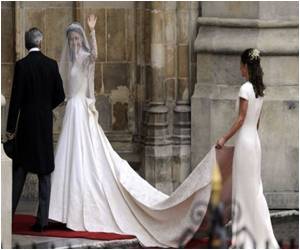 When Kate Middleton walked down the aisle last Friday, little did she know that she was providing a fresh boost to the already popular Dukan Diet that already has got some celebrity names linked to it.

The Duchess of Cambridge is reported to have lost two sizes after following the diet prior to her wedding to Prince William. The Dukan Diet was developed by a French doctor Pierre Dukan in 2000 and some of the biggest names in the glamour world, including Penelope Cruz and Giselle Bundchen, are reported to follow the diet.

The Dukan Diet is divided into four phases; Attack, Cruise, Consolidation and Stabilization. In the first phase, which is around one to 10 days long depending on your weight loss target, you are not allowed to eat anything apart from lean protein, oat brain and lots of water.


The second phase involves additional oat brain and small amounts of non-starchy vegetables on alternate days. In the Consolidation phase, the user gets to eat two slices of bread, an apple and a slice of cheese along with two "celebratory" meals wherein he can eat anything he wants to.

Diet pills are flooding the market by millions. The positive side of diet pills to most people is that they achieve their objective of losing weight. Medical reviews are against the use of diet pills.
Advertisement
The final phase allows the dieter to eat a number of other food items, including fried chicken. While the Dukan Diet does provide quick results, a number of health experts are not impressed by it, with some believing it to be similar to other diets but "repackaged" in some other form while others express concern that the diet could lead to a number of health problems including diabetes.