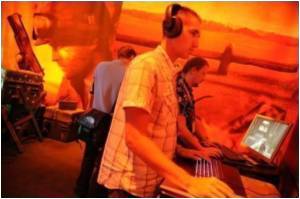 Starting from light switches to appliances to heating systems, the idea of a smart home full of automated gadgets could soon be a reality with "trigger-action programming."

But in order for all those devices to do what they're supposed to do, they'll need to be programmed - a task the average homeowner might not have the interest or the tech-savvy to perform.

A group of computer science researchers from Brown and Carnegie Mellon universities may have found a workable programming solution.


Through a series of surveys and experiments, the researchers show that a style of programming they term "trigger-action programming" provides a powerful and intuitive means of talking to smart home gadgets.
Advertisement
The research was presented today at the Conference on Human Factors in Computing Systems (CHI2014) in Toronto.

To find out, the researchers started by asking workers on Mechanical Turk, Amazon's crowdsourcing marketplace, what they might want a hypothetical smart home to do.

Then the team evaluated answers from 318 respondents to see if those activities would require some kind of programming, and if so, whether the program could be expressed as triggers and actions.

The survey responses varied from the mundane ("start the coffee pot from the bedroom") to the outlandish ("I would want my home to be able to shoot lasers at intruders.").

The study showed that participants were able to use both interfaces - the simpler one and the one with multiple triggers and actions - fairly well. Participants who didn't have any programming experience performed just as well on the tasks as those who did.

Taken together, the researchers say, the results suggest that trigger-action programming is flexible enough to do what people want a smart home to do, and simple enough that non-programmers can use it.

Wearable Gadget can Turn Your Palm into Touch Interface
Engineers have developed a new wearable, gesture-based gadget that turns your palm into a touch ......

New Gadgets may Help Quieten Mumbai's Incessant Honking
Residents of one of the world's noisiest cities have taken on a daunting challenge; hushing traffic ...

Preschoolers may Outsmart Grown-Ups in Gadget Use!
Toys and gadgets play an important role for the preschoolers in outsmarting and figuring out the ......