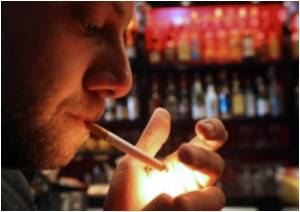 In Czech Republic, a homeless man has been dubbed Europe's dirtiest man, thanks to his love for sleeping in warm ash.

Ludvik Dolezal fears water and due to a psychological disorder wants to share his life with fire and ash, Metro.co.uk reported.

The concept of social health insurance is deeply ingrained in the fabric of healthcare systems across the European continent.
Advertisement

Dolezal insists that even though he looks like hell, people help him burn old tyres and handouts so that he can keep warm in the chilly weather.


Dolezal added that his sleeping condition has resulted in him having breathing problems, but he feels better after smoking 20 cigarettes a day.

Amnesty Asks Europe to Do More to Protect Roma Communities from Squalor, Violence

Amnesty International warned that the governments are not doing enough to improve the precarious living conditions and protect them from hate crimes.

Britain is the European King of Anti-Cholesterol Drugs

It is perhaps no surprise that Britain is the European king of anti-cholesterol drugs with some seven million users, as the home of cooked breakfasts and pints of beer.
Advertisement
News A-Z
A B C D E F G H I J K L M N O P Q R S T U V W X Y Z
What's New on Medindia

Low-Calorie Diet for Diabetes
View all
News Archive
News Resource
News Category
Is It Healthy to Let Your Mind Wander? Walk Till it Hurts: Good News for Peripheral Artery Disease Patients Plus Size Models and Social Media: Where Do They Fit In? Interrupted Sleep: Is It Good or Bad? Protecting Children from Negative Effects of Divorce?
More News
Sign up for Wellness Consult a Doctor Sign up for Selfcare