Prognosis of AML Improved by Oral Inhibitor in Clinical Activity 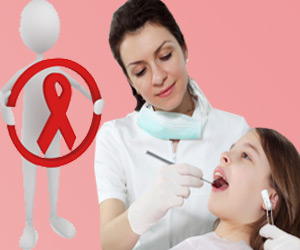 This was given in a report by investigators from Dana-Farber Cancer Institute and M.D. Anderson Cancer Center. Of 32 patients treated with the oral inhibitor ABT-199, five had eradication of their leukemia and several more had stable disease, report Anthony Letai, MD, PhD, of Dana-Farber, senior author of the report.

The phase 2 multicenter trial was the first use of ABT-199 in patients with relapsed or resistant AML. These patients often have received many previous treatments with chemotherapy or hypomethylating agents, and are too debilitated to undergo aggressive therapies such as more -intense chemotherapy or stem cell transplants.


The trial, involving 32 patients, was launched on the basis of preclinical studies from Letai's and Marina Konopleva's laboratories at Dana-Farber Cancer Institute and M.D. Anderson Cancer Center showing that ABT-199 could kill AML cell lines, patient AML cells, and patient-derived AML cells implanted into mice. ABT-199 targets the cancer "survival" protein BCL-2, which has been linked to resistance and poor prognosis in patients with AML.

Microarray Technology May Be the Game Changer in Diagnosis of Leukemia

Microarray technology that can search millions of chromosomes quickly allows better diagnosis of previously undetected cases of acute myelogenous leukemia.
Advertisement
Patients in the open-label trial ranged in age from 19 to 84 years and the median age was 71.

No patients died as a result of adverse events from the treatment. The researchers concluded that ABT-199 as a single agent "has considerable clinical activity in patients with poor-prognosis relapsed or resistant AML, and that patients with mutations in IDH genes may be particularly sensitive" to the drug.

Letai noted that that dose-limiting toxicity was not reached, leaving open the possibility of higher doses in further trials. The next step, he said, is to carry out trials combining ABT-199 with other agents. These trials are currently opening at several sites, including at Dana-Farber.

It is commonly recommended that you visit the dentist twice a year to clean your teeth and gums and also do ...
This site uses cookies to deliver our services.By using our site, you acknowledge that you have read and understand our Cookie Policy, Privacy Policy, and our Terms of Use  Ok, Got it. Close
×