Signalling a dramatic shift in the Vatican's tone, Pope Francis has urged a break with the Catholic Church's harsh "obsession" with divorce, gays, contraception and abortion, in an interview.

The Argentine pope has brought a series of fresh perspectives to the notoriously rigid Church since his election in March, and his latest remarks on some of its key doctrines sent shock waves around the world.


In the 30-page interview published in Jesuit journals on Thursday, the pope urged "mercy" and understanding for those who often feel most discriminated against by the Church.

"We cannot insist only on issues related to abortion, gay marriage and the use of contraceptive methods. This is not possible. I have not spoken much about these things, and I was reprimanded for that," Francis said.

The pope said that when these issues were discussed, they had to be put in context.

"The dogmatic and moral teachings of the Church are not all equivalent. The Church's pastoral ministry cannot be obsessed with the transmission of a disjointed multitude of doctrines to be imposed insistently.

"We have to find a new balance. Otherwise even the moral edifice of the Church is likely to fall like a house of cards, losing the freshness and fragrance of the Gospel."

Francis -- who has shown a strong reformist drive in his first few months in office -- said the Church needed more than anything to be able to "heal wounds".

On homosexuality he said the Church "does not want to" condemn gays, and that "it is not possible to interfere spiritually in the life of a person".

The 76-year-old pope stressed that the Church's official position had not changed, but said that it should "always keep in mind the individual".

The interview was published after the pope on Monday called for "another way" of treating divorcees who remarry -- a thorny issue since Catholics who wed a second time are currently not allowed to receive Holy Communion at mass.

In Thursday's interview, he also said the Church should be more merciful and welcoming towards women who had undergone abortions.

The confessional "is not a torture chamber", added the pope, saying priests should be neither too rigid nor too lax in their approach to the sacrament.

The remarks show a marked shift from his predecessors John Paul II and Benedict XVI hardline defence of the Church's strict doctrines.

"Francis distinguishes between the sin and the sinner. He says that homosexuals are not inferior or different to others, the choice of how to live one's homosexuality being one of the mysteries of man," read an editorial by historian Lucetta Scaraffia in the Vatican daily Osservatore Romano.

"His Christianity is not a rigid puritanism without heart," she wrote in another Italian daily.

Marco Politi, biographer of Benedict XVI noted "a break" with the former pope's way of thinking.

"Francis says: Church doctrine is what it is. It is useless to keep repeating the same things. What is important is to enter people's personal lives."

Swiss Catholic priest and theologian Hans Kueng wrote in the daily La Repubblica that he hoped the pope would seek concrete reforms, "permitting sacrament for the divorced who have remarried, the abolition of celibacy for priests, and female priesthood.

It remains to be seen whether Francis' views will translate to deeper change however.

Cardinal Francesco Coccopalmerio, president of the Pontifical Council for Legislative Texts, on Friday explained that the Church distinguished between homosexuality "which is something negative" and the homosexual person "who has all our affection".

And while he has called for understanding for the women who undergo abortion, Francis strongly condemned the act in a visit to gynaecologists on Friday.

"Every child not born, but condemned to abortion, possesses the face of the Lord who, before even being born and then after his birth, experienced rejection by the world."

Francis' papacy -- he is the first Jesuit pope and the first from South America -- has marked a series of breaks with Vatican tradition.

The pope has become known for his humility and concern for the poor, and has reached out to non-believers and those in other religions. He regularly picks up the phone to call ordinary people who write to him. 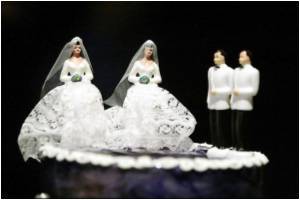 Magnets Repelling Nature Forms Basis of Nigerian Students Conclusion That Gay Marriages are Wrong
A Nigerian post-graduate student has made use of bar magnet's repelling nature to 'demonstrate' that gay marriage is scientifically wrong.
READ MORE 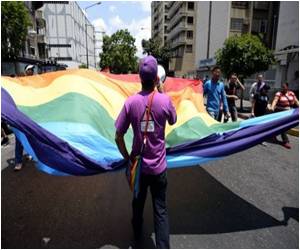