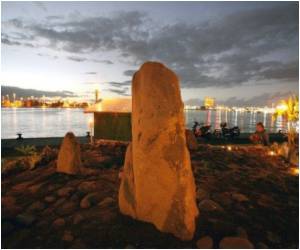 Polynesians exposed to fallout from France's atmospheric nuclear tests in the South Pacific face only a low risk of developing thyroid cancer, researchers said on Monday.

France carried out 41 atmospheric tests in French Polynesia between 1966 and 1975 before conducting all further blasts underground, a practice that finally stopped in 1996.

"Shaped like a butterfly she sits within the neck," that's what an anonymous poet wrote about the thyroid gland but it can become cancerous and spread to other parts.
Advertisement

The investigation, led by Florent de Vathaire of the Institut Gustave Roussy in Paris, compared 229 Polynesians who had been diagnosed with thyroid cancer by 2003 against 373 "controls," or people of similar age and background who did not have this disease.

Across the study group, the average radiation dose for individuals aged 15 or under at the time was 1.8 milligrays, a standard unit of radiation absorption.

Feeling tired or depressed is a common enough complaint, particularly among women. Paying attention to the thyroid might do them a world of good. This quiz on the thyroid is intended to educate those who want to learn more.
Advertisement
Among those who later developed a cancer, 5.2 percent were exposed to the relatively higher dose of 10 milligrays or more. In the control group, the number who received this higher dose was 3.2 percent.

In all, about 10 of the 229 cancers that were diagnosed before 2003 could be attributed to fallout, according to the study. Another 10 cases or so are likely to occur in the future.

The authors of the paper, which appears in the British Journal of Cancer, call on the French military to open secret files to enable a fuller picture of fallout levels.

"The risk is low but is based on limited exposure data. The release of information on exposure, currently classified, would greatly improve the reliability of the risk estimation," they said.

Other risk factors for thyroid cancer are a family history of this disease, obesity and, in women, a large number of pregnancies.

In January, France passed a law authorising compensation for military veterans and civilians whose cancer could be attributable to the test programme.

Four atmospheric and 13 underground blasts were carried out in Algeria's Sahara desert from 1960 to 1966 before the tests were moved to the atolls of Mururoa and Fangataufa, according to an NGO, the French Nuclear Arms Monitor.