Due to heavy fireworks and unfavorable weather conditions, this year's Diwali was more polluted than last year's, a report said.

The report said that this year's Diwali, which was on November 7, was as polluted as Diwali in 2016. The Central Pollution Control Board (CPCB) report also shows a rise in harmful gases such as Carbon Monoxide (CO), Nitrogen dioxide (NO2) and Sulphur dioxide (SO2).

"Particulate concentrations were slightly higher this Diwali as compared to last Diwali (2017)," said the CPCB report. It, however, adds that since in 2017 Diwali was observed on October 19 as against November 7 this year, the meteorological conditions, which govern the dispersion of pollutants, were different.


‘A severe decline in the quality of air this year was due to unfavorable weather conditions along with pollutants stemming from firecrackers.’
Read More..


"Compared with the average Particulate Matter during November 1 to 7 in 2017 with the same period this year, the city average particulate concentration for Delhi is lower in 2018," the report pointed out.

"Diwali-day data shows that the PM10 and PM2.5 values have increased this year compared to 2017. However, the data are similar to Diwali day of 2016 which was observed on 30th October," said the report.

It added that in 2017, the wind directions on Diwali day were east and southeast while in 2018 it was north-west, which might have added pollutant load from stubble burning.

"Contribution of stubble burning in overall PM2.5 concentration during Diwali this year has been estimated at 10 percent." said the report.

Heart Remodeling Happens Even at Low Levels of Air Pollution
Heart changes similar to those that occur in early cardiac failure could happen even at a low-level exposure to air pollution, says a study conducted in the United Kingdom.
READ MORE

Hypertension In Childhood May Be Linked To Air Pollution Exposure In Womb
Babies in the womb exposed to high levels of pollution as a result of their mother's breathing in polluted air during pregnancy may be at risk of developing childhood hypertension.
READ MORE 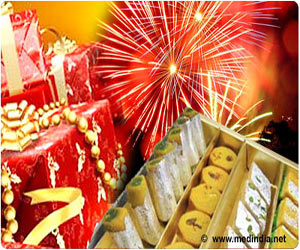 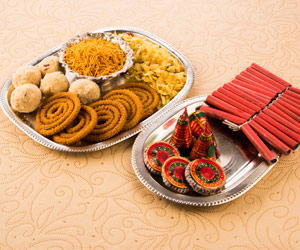