Pollution Behind Shrinking of Male Sex Organs in Otters 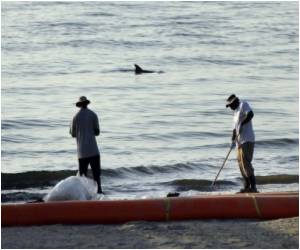 It appears that a variety of chemicals used in the food chain enters our bodies and appears to be affecting the hormones. A study on otters has found that pollutants in rivers could be affecting their reproduction adversely.

Scientists have discovered a worrying trend about shrinking male reproductive organs in otters. The same could be affecting human men too.


Research into the water mammal points out that modern chemicals could be causing the problem of shriveling male sexual organs.


Analysis has revealed that there is a drop in the size of penis bones in male otters. There have also been changes in the size of sex organs. Scientists are beginning to think that the culprit could be the endocrine disrupting chemicals - also known as hormone disrupters.

This could have similar implications in humans and not surprising that a good many boys are facing problems with reduced sperm counts, sex organ malformation and undescended testicles.

Hair Dye Chemicals Can Cause Cancer, Scientists Warn
Scientists warn that hair dyes, which include home hair colouring kits and those used at posh ......