Drug misuse causes potential harm to the health and wellbeing of several people across the globe. A three-day international convention of International Society of Pharmacovigilance (ISOP) has painted an alarming scenario of drug misuse and its generally ignored side-effects on patients.

The convention, attended by over 200 specialists from India, Canada, the WHO, several African and European countries, stressed on the developing mechanisms and regimes for continuous monitoring of drugs use.


Recommendations emerging from interactive sessions at conventions over three years will now be forwarded to the Medical Council of India (MCI) and the Health Ministry, ISOP President K.C. Singhal said.


‘A three-day international convention of International Society of Pharmacovigilance (ISOP) has painted an alarming scenario of drug misuse and its generally ignored side-effects in patients.’


Singhal told IANS that India needed to develop patient-centric pharma vigilance and foolproof systems to effective monitoring of drugs which are now critically endangering lives through side- and after-effects.

Asked what exactly the convention wanted the government to do, Singhal said: "Reporting of the use of drugs should be prompt and proper. Patients themselves can come up and report their experiences of drug use."

"At present, India does not have this system. We have advised concerned authorities to incorporate in the syllabus of pharmacy courses, monitoring and reporting of drug effects," he added.

Researchers from Italy, Australia, Britain and other developed counties shared an alarming dimension of the problem and said that in developed countries more people are dying of drugs, their over-use and side-effects, than in accidents but monitoring of drugs use was not being done.

Most drugs affect heart, liver or kidneys and brain too. That even aspirin could lead to stomach hemorrhage, came to notice 52 years after its formulation, the researchers pointed out.

Although the World Health Organization was conducting selective monitoring, in India reporting and monitoring process was poor. Adverse drug reaction (ADR) centers are in Mumbai and Aligarh.

Every medical college has a center affiliated with the central drug control organization. The Indian Medical Association too has started involving paramedical staff to report adverse effects of administered drugs.

The conference delegates said that the Indian system of medicines should be standardized, as many Ayurvedic drugs were resulting in adverse reactions.

"The Jamnagar Ayurvedic University in Gujarat has started monitoring effects of various Ayurvedic medicines, but there was need for awareness rationalization of the whole system of medicines, including those used by Unani, as even today up to 75% of our population is using 'desi' medicines," Singhal told IANS. 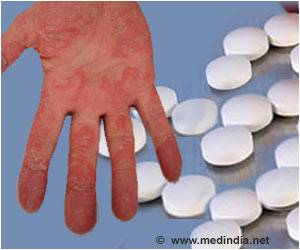 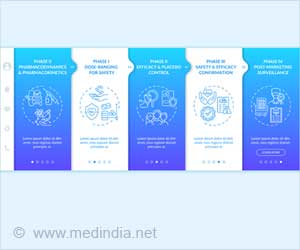