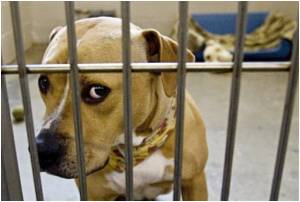 But after the application of animal-saving measures, approximately 127,000 were actually used. Although this toll in animal lives is high, it would have been many times worse had PETA (People for the Ethical Treatment of Animals) not obtained major concessions from the White House and the EPA at the start of the program and commented on every animal test proposed over the course of 12 years. This was published in an article in the peer-reviewed journal Environmental Health Perspectives (EHP).

United States and Some NATO Nations Use Animals for Military Training, Says Study

Around 22 of 28 NATO nations do not use animal laboratories for military medical training, a new study reveals.
Advertisement

Launched in 1998, the HPV Program was developed by the EPA in conjunction with the Environmental Defense Fund, the American Petroleum Institute, and the American Chemistry Council, with the goal of collecting health and environmental effects data on the approximately 2,800 chemicals produced or imported into the U.S. in annual quantities of 1 million pounds or more. Given the large number of chemicals and the amount of test data sought, the potential for large-scale animal testing was great, yet animal protection organizations were excluded from the development of the program.


Following a grassroots campaign and congressional testimony from PETA, the Physicians Committee for Responsible Medicine, and other interested groups, the EPA issued a letter to participating chemical companies that contained guidelines for reducing the use of animals. Chemical sponsors were directed to use these animal-saving measures when preparing test plans.

Sea cucumbers and sea urchins can change the elasticity of collagen within their bodies, and this could hold the key to maintaining a youthful appearance, researchers say.
Advertisement
In the article, PETA tracked the degree to which the animal-reduction measures were used by companies in their test plans and by the EPA in follow-up recommendations to companies. In its review of 428 test plans covering 1,420 sponsored chemicals, PETA found that 55 percent of the endpoints requiring animal test data were ultimately satisfied by placing chemicals into categories and extrapolating from animal tests already conducted or proposed for analogous chemicals. Another 27 percent of the endpoints were fulfilled through the submission of existing test data.

Patricia Bishop, PETA scientist and lead author of the article, notes that "such extensive availability of data for analogous chemicals and existing test results seems to contrast sharply with the perception at the beginning of the program that little toxicity information existed on HPV chemicals." PETA also found that the animal-saving guidelines were inconsistently applied by both the chemical companies and the EPA.

"Our paper shows that the use of existing information and grouping chemicals, plus the many hours that PETA scientists spent reviewing every test plan and offering alternatives to proposed animal tests, saved countless animals from being poisoned to death," says Jessica Sandler, senior director of PETA's Regulatory Testing Division. "As we work toward the day when not even one animal dies in a chemical test, we will continue to review testing programs and advise government agencies about how to use the best non-animal science to protect the public."

PETA's commentary concludes that data collection by the HPV Program was lengthy, disorganized, nonstandardized, and inefficient. The EHP article points out that in the 14 years since the program began, numerous new methods, initiatives, and programsmost notably, the Tox21 visionhave been launched that promise to set priorities, reduce animal testing, and maintain better regulation over the long run.