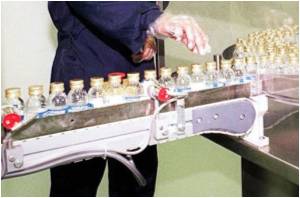 Researchers report their findings in the October 2 issue of mBio®, the online open-access journal of the American Society for Microbiology.

Overuse of Antibiotics, Not Dirty Hospitals, Reason Behind MRSA Spread

Researchers at St George's, University of London have blamed the increased use of antibiotics, and not dirty hospitals, for the spread of MRSA superbug.
Advertisement

"Traditionally, people have tried to find antibiotics that rapidly kill bacteria. But we found a new class of antibiotics which has no ability to kill Acinetobacter that can still protect, not by killing the bug, but by completely preventing it from turning on host inflammation," says Brad Spellberg of the UCLA Medical Center and David Geffen School of Medicine, a researcher on the study.


New drugs are badly needed for treating infections with the bacterium Acinetobacter baumannii, a pathogen that most often strikes hospital patients and immune- compromised individuals through open wounds, breathing tubes, or catheters. The bacterium can cause potentially lethal bloodstream infections. Strains of A. baumannii have acquired resistance to a wide range of antibiotics, and some are resistant to every FDA-approved antibiotic, making them untreatable.

Most of us visit our Doctors for medication to cure a sore throat.
Advertisement
Spelling and his colleagues found that in laboratory mice it was possible to mitigate the potentially lethal effects of the bacterium by blocking one of its toxic products rather than killing it.

"We found that strains that caused the rapidly lethal infections shed lipopolysaccharide [also called LPS or endotoxin] while growing. The more endotoxin shed, the more virulent the strain was," says Spellberg. This pinpointed a new therapy target for the researchers: the endotoxin these bacteria shed in the body.

Blocking the synthesis ofthe endotoxin with a small molecule called LpxC-1 prevented infected mice from getting sick. Unlike traditional antibiotics, Spellberg says, LpxC-1 doesn't kill the bacteria, it just shuts down the manufacture of the endotoxin and stops the body from mounting the inflammatory immune response to it that is the actual cause of death in seriously ill patients.

Spellberg says this is a direction few researchers have taken when exploring ways to treat infections but that it could make the difference in finding an effective drug. The results also highlight how important it is to find new, physiologically relevant ways of screening potential antibiotics for pathogens with a high degree of resistance, write the authors. Molecules like LpxC-1 that inhibit rather than kill bacteria wouldn't pass muster with traditional antibiotic screens that are based on killing effectiveness.

Liise-anne Pirofski of the Albert Einstein College of Medicine and a reviewer of the study for mBio® says neutralizing virulence factors is showing a lot of promise as an alternative route for treating infections. "There's a growing movement in infectious disease therapy to control the host inflammation response in treatment rather than just 'murdering' the organism," says Pirofski. "This is a very elegant and important validation that this approach can work - at least in mice."

Antibiotic therapy could soon replace surgery in the treatment of acute appendicitis, suggests study.
Advertisement
<< Radiology: A Major Player In The Practice Of Defensive Medi...
PETA Scientists Analyze Animal Use In Testing >>

Use of Gutter Oil in Antibiotics to be Probed in China