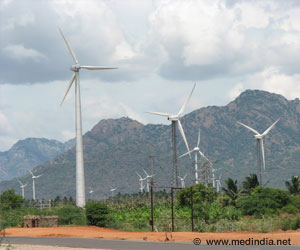 Pesticide exposure is associated with changes in the oral microbiome in farmworkers from agricultural communities. This is the first study to demonstrate such a correlation in humans.

The research is published November 11th in Applied and Environmental Microbiology, a journal of the American Society for Microbiology.

Pesticides Used to Fight Zika Virus Could be Harmful

Miami residents are fretting over the mist of a pesticide called naled that is drifting down over north Miami every now and then.
Advertisement
‘Farmworkers from agricultural communities can undergo high pesticide exposures while working in recently sprayed orchards, thinning the fruit and pruning.’
Tweet it Now

In the study, the investigators sampled oral swabs from 65 farmworkers and 52 non-farmworker adults from the Yakima Valley (Washington) community agricultural cohort during the spring and summer (2005), when farmworkers can undergo high pesticide exposures while working in recently sprayed orchards, thinning the fruit and pruning; and during winter (2006), when exposures are quite low. Concurrently, they measured blood levels of organophosphate pesticides in the study subjects.


The most important finding was that among those farmworkers in whom the organophosphate pesticide, Azinphos-methyl was detected in the blood, the researchers found "significantly reduced abundances of seven common taxa of oral bacteria, including Streptococcus, one of the most common normal microbiota in the mouth," said first author, Ian B. Stanaway, a PhD candidate in Environmental Toxicology in Elaine M. Faustman's lab at the University of Washington, Seattle. Changes in populations, species, and strains of Streptococcus, as well as from the genus, Halomonas, remained particularly low during the following winter.

The traditional methods of toxicology that rely on dose-dependent responses may not be enough to help us predict what pesticides are doing to parasites.
Advertisement
The investigators also saw a pesticide-associated spring/summer general reduction in bacterial diversity in the study subjects, which persisted into the winter,suggesting that "long-lasting effects on the commensal microbiota have occurred," according to the report.

Predictably, farmworkers had greater blood concentrations of pesticide, and greater changes in their oral microbiota than local, non-farmworking adults.

"The challenge becomes, what does this mean," said principal investigator Faustman, PhD, Professor in the department of Environmental and Occupational Health Sciences. "We don't know," she said, adding that "we depend on the micriobiome for many metabolic processes."

Nonetheless, "in other studies, changes in species and strains of Streptococcus have been associated with changes in oral health," noted Stanaway.

The study subjects' enthusiasm for the research has been important to its success, said coauthor Beti Thompson, PhD, Professor, School of Public Health, University of Washington. The investigators have followed the study participants for more than ten years, she said. "They are very interested in all the effects of pesticides. They have contributed thousands of urine samples, tens of cheek cell samples, blood samples, saliva samples, and house and vehicle dust."

The causes of autism and neurodegenerative disorders involve many complex factors, including genetics, the environment and the development of the brain.
Advertisement

Organic Foods are produced by the natural method, without the use of chemicals like pesticides, ...

Organosphosphorus compounds are used as insecticides and chemical warfare. They are easily accessible, thus ...

Considering turning organic? Browse through to know more about some great benefits of going organic, and some ...

Toxic chemicals found in the environment in the air, water, soil and even in day to day stuff we use can ...
This site uses cookies to deliver our services.By using our site, you acknowledge that you have read and understand our Cookie Policy, Privacy Policy, and our Terms of Use  Ok, Got it. Close
×