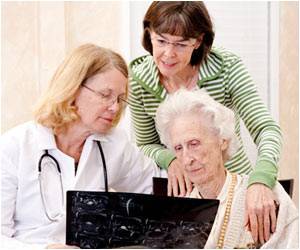 Health care providers are allowing patients access to their medical records so that they can check errors and omissions. 95% errors can occur on medication lists according to a study. These can be prescription drugs which are discontinued, some pain relievers or over the counter medication like vitamins which the patient did not inform the doctor about and which can interfere with prescription drugs.

"If we don't have accurate data we can't take care of patients appropriately," says Jonathan Darer, chief innovation officer at Geisinger. The aim is to move patients and doctors into a relationship of "shared accountability" and more effective medical care, he says. It is very rare that a patient has been harmed due to faulty medical records, though it is important for doctors to know whether patients are taking prescribed drugs and also in the case of an emergency know what drugs are in the patients' system.


Sometimes a patient's failure to provide complete information can result in adverse effects or an allergic reaction, for which the provider will be held responsible. The risk is higher with older patients as they take several medications for chronic ailments. At times a drug is doubled due to a difference in the brand name and generic name - not the drug itself.
Advertisement
Geisinger pharmacists encouraged patients to check their medical records online and correct information on the drugs they were no longer taking and to update doctors and case managers about changes. In nearly 90% of cases, patients requested changes to their medication records, including changes to doses and frequency of existing medications and requests to have new medications entered. A patient, who after surgery was taking B-12 vitamins received a call from a Geisinger pharmacist to discontinue the vitamin as he was already receiving B-12 injections.

In the short term, Geisinger's Dr. Darer says, "there may be some awkward questions from patients about data discrepancies or inaccuracies." But in the long run, he believes malpractice liability will be reduced. "The data will be better, and patients will have been part of the process," Dr. Darer says. Geisinger is now adopting the medication feedback by a patient and it is also adopting Open Notes which allows 168,000 to view their doctor's notes online.

Patients can add their own notes, and starting this summer family caregivers will be able to add notes, including asking for corrections about patients who may not be able to comment on their own. Dr. Martin says, he expected younger patients to be the most active in checking the doctor's notes and records. "But it really turned out older folks use it the most and get the most benefit, because they are the sickest and taking the most medications," Dr. Martin says.

Health Insurance Plan
With a health insurance policy you and your family can rest ......