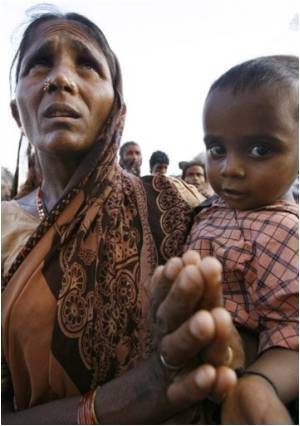 A bill seeking to provide "institution of national importance" status to the National Institute of Mental Health and Neuro-Sciences in Bangalore was accorded parliamentary approval with the Lok Sabha Tuesday giving its nod to the draft law.

The Rajya Sabha had already given its green signal to the National Institute of Mental Health and Neuro-Sciences (NIMHANS) Bangalore Bill, 2012.

Prime Minister Manmohan Singh said his Government is preparing a National Action Plan at the highest level to deal with the issues of climate change.
Advertisement

The NIMHANS in Bangalore was established as an autonomous body under the Karnataka Societies Registration Act in December 1974 by integrating the All India Institute of Mental Health under the central government and the Bangalore Mental Hospital of the state government.


The NIMHANS Bill also seeks to establish it as a corporate body under the central government.

The central government has announced the launch of a new train named "Science Express- Biodiversity Special (SEBS)."
Advertisement
The bill was Tuesday introduced in the Lok Sabha and later passed by voice vote amidst the din caused by the Bharatiya Janata Party members demanding Prime Minister Manmohan Singh's resignation over the official auditor's report on presumptive losses in the discretionary coal blocks allocations.

The NIMHANS' objectives are to develop patterns of teaching in undergraduate and postgraduate medical education, to bring together educational facilities for the training of personnel in important branches of health activity, and to be self-sufficient in meeting the country's needs for specialists and medical teachers.

The institute provides undergraduate and postgraduate teaching in medicine and other allied sciences, apart from facilities for research and teaching of humanities, in addition to conducting experiments on new methods of medical education.

NIMHANS will maintain hospitals and nursing colleges for training purposes, and also have the power to grant medical and nursing degrees, diplomas, certificates and other academic distinctions.

The government of India has urged school authorities to ensure the safety of their students while taking them out for picnics or excursions.
Advertisement
<< A New Study Shows Promise in Using RNA Nanotechnology to Tre...
Food Supplement Holds Promise In Treatment of Rare Form of ... >>