With the Gulf oil spill destroying livelihoods across southern Louisiana, anxiety over an uncertain future is prompting a desperate rise in depression, health officials and residents warn.

"This whole area is gonna die," cried fifth-generation fisherwoman Darla Brooks in an interview Wednesday with AFP, in the small fishing-based town of Buras. 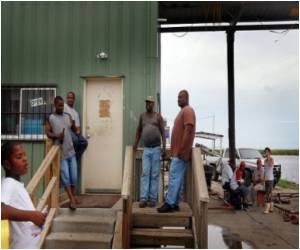 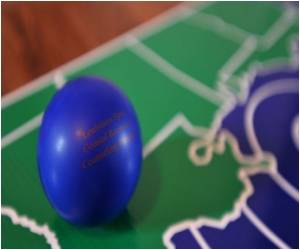 A stress ball from the Coastal Recovery Counseling Program 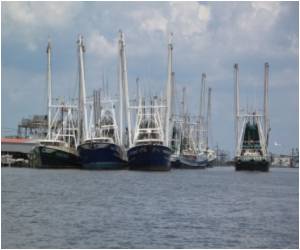 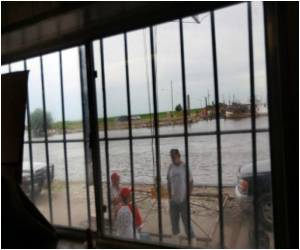 An oyster delivery truck driver out of work in East Pointe, LA

"Down here, we have oil and we have fishing. We are water people. Everything we do involves the sea, and the spill has taken it all away from us," she said.


Brooks, 37, who grew up on the Gulf of Mexico being taught how to fish and shrimp by her father, lamented the loss of a way of life -- and being deprived of teaching a five-year-old grandson how to be fish boat captain just like her.

Depression can be a severe mental health problem that can lead to other health issues. Find top foods that can help fight depression.
Advertisement
"I'm angry, I'm frustrated. I've been contemplating suicide to the point of making myself a hangman's noose; honest to God. Then I decided that's not going to do anything, apart from shut me up," she said, promising not to cry anymore.

Stories of such desperate, personal losses are so familiar in this area, since the catastrophic oil spill began three months ago, that Mike Brewer -- project manager at a nearby BP decontamination site for cleanup workers -- says he receives calls "everyday about people who want to commit suicide."

The rising stress and depression levels are not limited to the job site, however, or to out-of-work fishermen themselves, Brewer told AFP.

"It's just people in general. The outside world forgets; this thing doesn't just affect fishermen, its their families. It's everybody who is being hit."

Counselors are needed at his own cleanup zone "every day," he said, adding that it was the same in coastal regions across the Gulf.

Brewer, a candidate in upcoming local elections, is organizing a "fun day" in the near future for families in the Buras area, in a bid to get people to stop thinking about the spill -- the worst in US history -- for just one day.

"Financial stress is killer number one," he said, lamenting how energy giant BP -- tasked by the US federal government, as the responsible party, to pay the cost of the tragedy -- was making every public meeting just about money.

That approach, according to Brewer, makes Gulf residents consider BP to be simply trying to "bribe them, or buy them off... and wash their hands clean."

To really help, he said, BP needs to hold public meetings to explain what they are doing to get people back to work, to clean up their world.

US Surgeon General Regina Benjamin meanwhile was in Buras for her own meeting Tuesday with the town's packed auditorium, to speak of the oil spill's effects on mental health.

"Stress takes a toll on your health," she said was her message to residents, as part of a multi-day tour of the region to discuss behavioral health issues.

The Department of Health and Human Services has compiled a tip sheet on the threat of anxiety for Gulf residents, pointing out symptoms such as frequent crying, being overwhelmed with worry and sadness, and increased alcohol and drug abuse. It urges sufferers to reach out for help.

In the frigid Buras auditorium at midday Wednesday, well insulated from the muggy heat outside, local volunteer group C.A.R.E. provided a free lunch of hot dogs and beans, as it does three days a week.

At stalls around the tables were social services, church charities, and the state government-sponsored Coastal Recovery Counseling Program, which handed out spongy, blue stress balls and leaflets that read: "With an uncertain future, anger, stress and fear can be overwhelming. Don't wait to talk about it."

Brewer, standing among the young families of fishermen now working for the BP spill response, watched children scoffing hot dogs and running around different activity rooms, and described his upcoming "fun day" as a way for the community to find strength within itself.

"It is something I am proud to see here," he said with a rare smile on his normally somber face. "Neighbors helping neighbors: the only thing we can do."

In a corner, half a dozen children of unemployed families were being encouraged to channel feelings of frustration and anger in a group songwriting workshop.

The chorus line was written on a whiteboard for everyone to see: "Take a break. Time to think. I am not alone."