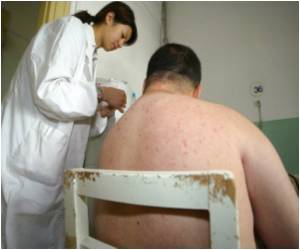 An obese man, who was stuck in a chair for two years, after he had become obese, was finally freed after great effort by rescuers.

Health officials found the 43 year old man covered by filth due to accumulation of urine and feces. The man's girlfriend had sounded paramedics after she found him unconscious.

Healthy Habits at Workplace Can Keep Obesity at Bay

City health official Jim Chase said: "The living room where the man lived in his chair was very filthy, very deplorable. It's unbelievable that somebody lives in conditions like that."

Increased Use of Added Sugar Linked to Obesity

A University of Minnesota research has revealed that the increased use of added sugar in the United States has directly seen a rise in obesity across the country.
Advertisement
<< BPA Risks Minimized
Lead in Candies >>