Nutrient Pollution is Changing Sounds in the Sea: Study 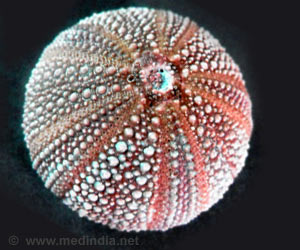 Nutrient pollution is changing the sounds made by the marine life, upsetting the navigational cues for fish and other sea creatures, finds study conducted by University of Adelaide scientists.

Published online in the journal Landscape Ecology, the research found that marine ecosystems degraded by 'eutrophication', caused by run-off from adjacent land, are more silent than healthier comparable ecosystems.

Pollution not only has an adverse effect on the earth, it also affects all living beings. Test your knowledge regarding the health effects of pollution by taking this quiz.
Advertisement
‘Nutrient pollution emptying into seas from cities, towns and agricultural land could be threatening some marine life by reducing natural ocean noises.’
Tweet it Now

This marine 'soundscape' comes largely from the snapping of shrimps, but also the rasping of sea urchins and fish vocalisations.


The researchers - PhD graduate Tullio Rossi, Associate Professor Ivan Nagelkerken and Professor Sean Connell from the University's Environment Institute - studied kelp forests and seagrass beds in South Australia's St Vincent's Gulf, many of which have been impacted by excessive nutrients washing into the sea, particularly along the metropolitan coast of Adelaide.

Ocean deoxygenation due to climate change is likely to become more severe than at any point in the modeled historic range.
Advertisement
They compared audio recordings of these polluted waters with audio recordings at natural high-CO2 underwater volcanic vents, which show what water conditions are predicted to be like at the end of the century under global ocean acidification.

Remarkably, they found the same pattern of sound reduction in both locally degraded ecosystems and those that show what oceans are expected to be like under climate change.

"They also function as nursery habitats for a range of species. But the decrease in sound we found in these degraded ecosystems due to local eutrophication is of the same large magnitude that we find in ecosystems that will be affected by global ocean acidification.

"We know that sound is very important for some species of fish and invertebrates to find sheltering habitats in reefs and seagrass beds. The demise of biological sounds is likely to have negative impacts on the replenishment of fish populations."

The study also suggests that soundscapes may be a suitable management approach to evaluating the health of ocean ecosystems ─ a new cost-effective monitoring tool.

"Because ocean acidification acts at global scales, local reduction of nutrient pollution as a management intervention will strengthen the health of our marine ecosystems, and set them up for coping better with global climate stressors," says Professor Sean Connell. Source: Newswise

Debris of plastic and glass in the ocean has been having a life-threatening global impact on marine life and nearly 700 species have been recorded as having encountered man-made debris.
Advertisement

The produce we consume these days is lower in nutrients than those that were consumed a couple of decades ...

Rheumatoid arthritis patients should consume a diet rich in natural antioxidant and anti-inflammatory ...

A balanced diet is the cornerstone of good health. With diabetes, obesity, heart ailments rapidly emerging as ...