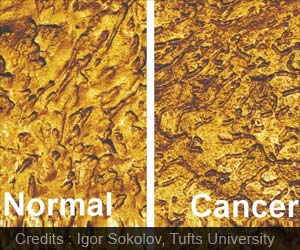 A new technique has been developed to provide individualized treatment for hard-to-treat cancers. Characterizing and identifying the neoantigens driving the antitumor responses in a patient has been done. Not every cancer has the same antigen to be targeted. Identifying new antigen targets is the future to create more personalized therapies.

FINDINGS
Being able to identify targets for adoptive cell therapies is one of the first steps in developing personalized treatments for people with hard-to-treat cancers. However, predicting whether a patient will have an immune response to a particular abnormal protein caused by mutations that serves as a new antigen (neoantigen), can be challenging. Using an ultra-sensitive and high-throughput isolation technology (termed imPACT Isolation Technology®) designed to isolate neoepitope specific T-cells, UCLA researchers were able to characterize and identify the neoantigens driving the antitumor responses in a patient treated with anti-PD-1 blockade and isolate the T cell receptors responsible for such effect.

Scientists at the Georgetown Lombardi Comprehensive Cancer Center say that an arsenic-based agent already FDA-approved for a type of leukemia may be helpful in Ewing's Sarcoma (ES).
Advertisement
‘New technology for people with hard-to-treat cancers provides personalized care by characterizing and identifying the neoantigens that drive antitumor responses in a patient.’
Read More..
Tweet it Now


Using immune checkpoint inhibitors to treat people with metastatic melanoma has helped transform the way people with the most deadly skin cancer are treated. Despite its success, there are still many people who do not benefit from the treatment. Up until now, adoptive cell therapy, which involves extracting and harvesting T cells from a patient and engineering them in the laboratory, have targeted shared antigens. That restricts many of the people that can potentially be treated with the therapy because not every cancer has the same antigen that needs to be targeted. Researchers are working to improve methods to identify new targets for these therapies in hopes to develop more effective and personalized therapies.

A new technique helps to isolate cancer stem cells which are the root cause of many hard-to-treat metastasized cancers.
Advertisement
METHOD

Researchers analyzed T cell responses in two patients with advanced melanoma, one who responded to anti-PD1 therapy and one who did not respond to the therapy. Using samples collected before and during treatment, the team isolated the T cells specifically recognizing the mutations on the tumor by using the imPACT Isolation Technology® developed by PACT Pharma. The technology allows researchers to identify the T cells, and their T cell receptors, that have the ability to detect mutations. After identifying the T cell receptors, they were re-introduced in T cells from peripheral blood using a non-viral genome engineering method to generate new neoantigen-specific T cells that were used to kill melanoma cells from the same patient.

"In the setting of patients treated with anti-PD-1, we identified for the first time, in a high-throughput manner, which neoantigen mutations in the tumor are being targeted by T cells. More importantly, we were able to identify their T cell receptors and demonstrate that they can actually specifically kill the tumor cells," said lead author Cristina Puig-Saus, PhD, associate project scientist in hematology/oncology at the David Geffen School of Medicine at UCLA. "We hope that a better understanding of the T cell responses that occur after immune checkpoint blockade will guide the design of personalized adoptive T cell therapies."

Uncovering new ways to identify targets for immunotherapies significantly increases the number of patients who will benefit from immunotherapy. The imPACT Isolation Technology® allows researchers to identify the mutation-specific T cells and understand which mutations are inducing responses against tumors.

Researchers used CRISPR technology to disrupt every gene in over 300 cancer models from 30 cancer types and discover thousands of key genes essential for cancer's survival.
Advertisement

Neck cracking or neck popping is caused by quick movements to loosen the ligaments and joints of the neck. ...
This site uses cookies to deliver our services.By using our site, you acknowledge that you have read and understand our Cookie Policy, Privacy Policy, and our Terms of Use  Ok, Got it. Close
×