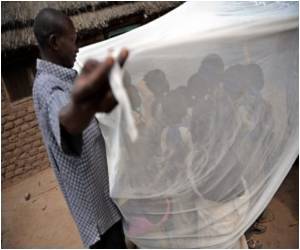 Pharma giant Novartis has announced the discovery of a novel compound that shows promise as a next generation treatment for drug resistant malaria.

Published this week in Science the findings demonstrate that the antimalarial candidate, spiroindolone NITD609, is effective against both strains of the malaria parasite, Plasmodium (P.) falciparum and P. vivax. Through a novel mechanism NITD609 rapidly clears plasmodium in a malaria mouse model and shows pharmacological properties compatible with a once-daily dosing regimen. Copies of the embargoed Science paper are available at scipak@aaas.org.

According to the World Health Organization (WHO), in 2008 there were approximately 247 million cases of malaria, causing nearly one million deaths, mostly among young children in Africa. Although malaria is preventable and curable, it is estimated that in Africa, a child dies every 45 seconds from the disease.1


"Malaria remains a scourge," said Mark Fishman, president, Novartis Institutes for BioMedical Research. "The parasite has demonstrated a frustrating ability to outwit new medicines, from quinine to today's unsettling increased tolerance to artemisinin derivatives. We are delighted that our scientists could provide this potential new malaria therapy, based on an unprecedented chemical structure and directed to a novel target."
Advertisement
Further regulatory pharmacological and safety evaluation is currently ongoing and, provided the outcome of these studies is favorable, the compound could progress to Phase I human trials.

Despite significant advances in Plasmodium genome biology, the identification and validation of new drug targets has proven challenging. In the Science paper the research team outlines how they identified a potential target by identifying mutations that decreased the parasite's sensitivity to this novel compound class.

"Using a novel Plasmodium whole-cell assay we were able to tap into the Novartis archive of 12,000 pure natural products and synthetic compounds to identify 275 compounds highly active against P. falciparum, the most prevalent and deadly form of malaria," said Novartis Institute for Tropical Disease's Bryan Yeung, project team head. "From this set all but 17 compounds were discarded for failing to meet pharmacological and efficacy standards. Of the remaining compound class, spirotetrahydro-beta-carbolines or spiroindolones have favorable physical and chemical properties for drug development as well as a mechanism of action distinct from the currently used therapies based on aminoquinolines and artemisinin derivatives."

As of June 2010, Novartis has delivered over 340 million of its antimalarial treatments without profit, to more than 60 malaria-endemic countries for public sector use, making Novartis the leading pharmaceutical partner in the fight against malaria. But Novartis does more than providing effective treatment. Since the beginning of its Malaria Initiatives program Novartis has pioneered access to medicines in the developing world through an innovative not-for-profit distribution concept, coordination of best practice sharing workshops, development of new formulations and capacity building. The program proves that increasing access is not just a matter of buying drugs and distributing them, it is about incorporating training, logistics management and other types of technical expertise to ensure long-term health impacts.

The discovery was a collaborative effort of the Novartis Institute for Tropical Diseases (NITD), the Genomics Institute of the Novartis Research Foundation (GNF), the Swiss Tropical and Public Health Institute and The Scripps Research Institute. Major support for the project was provided by the Wellcome Trust, the Medicines for Malaria Venture (MMV), A*STAR, Singapore and the U.S. government.

Source: Medindia
Advertisement
<< Mysterious Amish Community Under Scanner After Charges Of I...
Uninsured Minority Pedestrians More Likely To Die Of Road A... >>