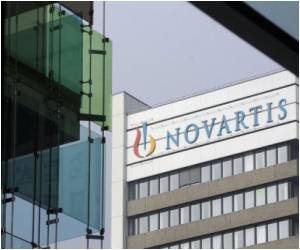 British group GlaxoSmithKline and Swiss pharmaceutical giant Novartis announced a major shake-up of their healthcare divisions in deals worth billions of dollars.

The string of takeovers and ventures involves three giant healthcare groups and will affect several areas of healthcare, and also animal welfare, in the fast-changing global health sector, including markets in emerging economies.

Novartis said it would buy GSK's oncology (cancer treatment) business for $16 billion (11.5 billion euros) in cash and will sell its vaccines division, excluding vaccines for flu, to the British company for up to $7.1 billion, also in cash.


Novartis said the acquisition would hand it ownership over a range of top-line cancer drugs, expanding its position in targeted therapies, and among making it a world leader in treating melanoma, or skin cancer.
Advertisement
The GSK oncology products going to Novartis generated about $1.6 billion in sales last year.

The two companies also announced a joint venture to create "a world-leading consumer healthcare business," focused on wellness, oral health, nutrition and skin health and expected to pull in around $10 billion in annual sales.

"The geographic footprint would span all regions, with scale and commercial presence in the developed world as well as in key emerging markets, such as Brazil, China, Mexico and Russia," Novartis said in a statement.

GSK, which will hold 63.5 percent of the newly-created business, said it would use proceeds from the deals to return £4.0 billion ($6.7 billion, 4.9 billion euros) to its shareholders.

"These transactions mark a transformational moment for Novartis," chief executive Joseph Jimenez said in the statement, insisting that the deals would help give the Swiss company a sharper focus.

"Patients will benefit from even higher levels of innovation that this focus may afford," he said, pointing out that the agreements would also "improve our financial strength, and are expected to add to our growth rates and margins immediately."

But the shake-up did not end there. Novartis also said it had agreed to sell its animal health division to US pharmaceutical giant Eli Lilly for $5.4 billion.

The Swiss company explained that its divestment from its animal health division was "the result of a competitive process," stressing it would make Lilly a leader in the field while allowing Novartis to focus better on innovative pharmaceuticals, eye-care and generics.

Novartis Animal Health, which focuses on developing better ways to prevent and treat diseases in pets, farm animals and farmed fish, is present in about 40 countries and posted 2013 revenue of approximately $1.1 billion.

That deal, which is subject to regulatory approvals in the US and overseas, is set to conclude during the first quarter of 2015.

The three GSK agreements, which require a green light from the British firm's shareholders, are meanwhile expected to be completed by the middle of next year.

"We believe the divestment of our smaller vaccines and animal health divisions will enable us to realise immediate value from these businesses for our shareholders, and those divisions will benefit from being part of large, global businesses that are also leaders in their segments," Jimenez said.

Following the news, Novartis saw its share price soar 2.28 percent to 76.40 Swiss francs a piece in morning trading on a Swiss stock exchange where the main SMI index was up 0.9 percent.

He added in the statement: "Opportunities to build greater scale and combine high quality assets in vaccines and consumer healthcare are scarce.

"With this transaction we will substantially strengthen two of our core businesses and create significant new options to increase value for shareholders."

Criminal Complaint Against Novartis may be Filed in Japan
An official has revealed that the health ministry in Japan plans to file a criminal complaint ......

Japan to File Criminal Complaint Against Novartis
Japan's health ministry intends to file a criminal complaint against the local arm of Swiss ......

Japanese University Says Study on Novartis Blood Pressure Drug Based on Fabricated Data
A study that underlined the effectiveness of a blood pressure drug manufactured by Novartis is ......