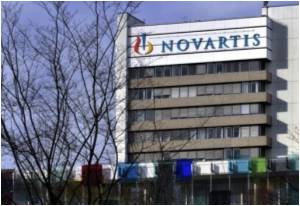 Novartis Pharma KK has been under fire since a university said the data might have been skewed to promote a popular blood-pressure drug.

Health Minister Norihisa Tamura has characterised as "extremely regrettable" the incident in which an employee of the world's number two drug maker hid his affiliation during a medical study into the effects of Valsartan.


The ministry, which has since investigated the case, is now planning to file a criminal complaint seeking punishment not only for the company but also for individuals involved in the scandal, the Yomiuri Shimbun reported.
Advertisement
A ministry official in charge of the issue told AFP no firm decision had yet been made.

Under Japan's pharmaceutical law, anyone found guilty of exaggerated advertising can be punished with up to two years' prison or a fine of as much as two million yen ($19,400).

A ministry panel of experts concluded in September that Novartis Pharma KK should be held responsible for studies at various universities that used manipulated data on the drug.

The studies suggested the drug -- sold under the name Diovan in Japan and licensed for use in more than 100 countries -- had some prophylactic effect on strokes and angina.

The firm used data from the studies to market its drug, playing up its supposed additional benefits.

Novartis has maintained that the company had no knowledge of the wrongdoing, in which an ex-employee allegedly failed to disclose his affiliation with Novartis during various academic studies in which incomplete clinical data were used.

The worker and other researchers involved in studies have denied to the panel that they manipulated the data.

In September Novartis Pharmaceuticals chief David Epstein was called to meet with the health minister and promised to cooperate with Tokyo's probe into the matter.

Epstein apologised for the concern the incident has caused, but did not admit the company's role in the allegations.

Tokyo's Jikei University School of Medicine has retracted research that appeared in respected medical journal The Lancet six years ago due to data fabrication.

Chiba University said Tuesday it could not find intentional data fabrication but researchers failed to disclose 91 million yen ($880,000) in scholarship donations from the pharmaceutical company in the three years from 2007 to 2009.

Japanese University Says Study on Novartis Blood Pressure Drug Based on Fabricated Data
A study that underlined the effectiveness of a blood pressure drug manufactured by Novartis is ......

Indian Supreme Court Dismisses Novartis Patent Claim for Its Cancer Drug
Swiss pharmaceutical giants Novartis has received a huge blow to its Indian operations after the ......