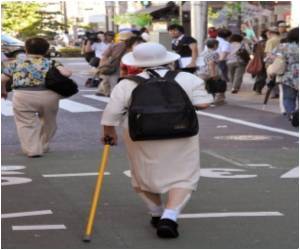 Latest Global AgeWatch index reveals Norway is the best place to grow old, while Afghanistan is the worst.

All but one of the top 10 countries are in Western Europe, North America and Australasia, with Japan the exception at ninth place, according to the ranking which comprises 91 percent of the global population over the age of 60.

Norway tops the index, pushing last year's number one Sweden into second place in the second year the index has been released.


Unsurprisingly, African countries make up half of the lowest quarter of the index, although Venezuela, Turkey and Serbia are ranked 76th, 77th and 74th respectively.

HelpAge International, the charity which compiled the list, said economic growth in itself was not enough to improve the lives of older people.

"Specific policies need to be put in place to address the implications of ageing," said the report, published on the United Nations International Day of Older Persons.

"Policies on income security in Mexico (30) have lifted it 26 places in the overall rankings since last year despite being less wealthy than Turkey (77)."

The index is based on 13 indicators grouped into four areas: income security; health status; capability, which includes employment and educational status; and the enabling environment, including issues such as physical safety.

Some countries fare better than others in different areas. Japan tops the rankings when it comes to health, while Switzerland has the best environment for older people.

This year's report focuses particularly on income security, namely pensions, which older people consistently identify as their top priority to fend off the risk of poverty.

With rising numbers of old people -- two billion over the age of 60 by 2050, a similar number as children under 15 -- HelpAge International chief Toby Porter said pensions were vital for all governments.

"Incomes are often too low to save for old age, which is why there's such a need for a basic social pension now," he said.

In low and middle-income countries, only one in four people over 65 receive a pension while worldwide, half of the global population do not have a pension, the report said.

But it applauds an "explosion" of new tax-financed, non-contributory pensions over the past two decades, which provide regular income for the very poorest.

Across Latin America, countries have "dramatically extended coverage" of social pensions, helping push them up the global rankings.

This reflects a global trend that saw China introduce a rural social pension in 2009, reaching 133 million more people, and Nepal and Thailand follow a similar route.

"In most European Union countries, pensions systems as a whole do more to reduce inequality than all other parts of the tax or benefit system combined," said Porter.

Grow Old Gracefully
A pill that can fight the ageing process may be available within a generation, predicts a leading scientist.
READ MORE