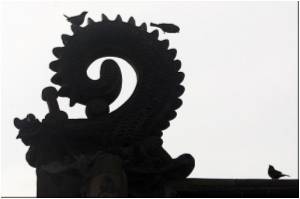 Urban noises have created such disturbance that songbirds have been forced to change the pitch and pace of their song, a study has found.

Melbourne University researchers found urban silvereyes are shifting their song to overcome city sounds of up to 80 decibels.

The complete genome of a songbird - the Australian zebra finch has been sequenced by scientists.
Advertisement

However, their country counterparts who deal with background noise between 35 and 40 decibels, haven't done any such thing.


"A whisper is about 30 decibels ... so 80 decibels is actually really loud," the Age quoted student and lead author Dominique Potvin, as saying.

Biologists at The University of Texas at Arlington were able to locate fragments of the modern Hepatitis B virus inside genomes of songbirds , enabling a clue as to how old they could be.
Advertisement
Researchers heard the greatest change in the speed at which songbirds such as silvereyes vocalise each word.

"The city birds leave a gap in between each word and they sing a lot slower ... which is like us in a way because if you can't be understood, your speech does tend to slow down," she said.

But it's not just the song that has changed - the calls have too.

While songs serve to attract a mate or define territory, a bird's call warns of predators.

She said it was important for the conservation of birds in urban areas.

"They need a noise sanctuary, not just habitat in city areas."

To gain insight into how the human brain functions, which may lead to a better understanding of complex vocal behavior, human speech production and ultimately, speech disorders and related diseases,
Advertisement
<< 50-Year Old Japanese Politician Gives Birth to First Child
Filipinos Take to the Air >>

Drug Interaction Checker Loram (2 mg) (Lorazepam) Find a Hospital A-Z Drug Brands in India Drug - Food Interactions Indian Medical Journals Blood - Sugar Chart The Essence of Yoga Find a Doctor Hearing Loss Calculator
This site uses cookies to deliver our services. By using our site, you acknowledge that you have read and understand our Cookie Policy, Privacy Policy, and our Terms of Use