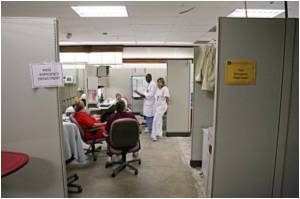 Biologists at The University of Texas at Arlington were able to locate fragments of the modern Hepatitis B virus inside genomes of songbirds , enabling a clue as to how old they could be.

"They've been sitting there for at least 19 million years, far longer than anyone previously thought this family of viruses had been in existence," said Cédric Feschotte and Clément Gilbert, associate professor and member of the UT Arlington Genome Biology Group and post-doctoral research associate in the group, respectively.


Feschotte believes that the slow evolution of the viruses in birds indicates that the viruses are, in the long run, better adapted to their hosts than what is suggested by study of the disease-causing Hepatitis B viruses.

Scientists have revealed that mutations in the DNA of hepatitis B virus (HBV) might help predict which patients are at increased risk of developing liver cancer.
Advertisement
The study could be important for research that might help predict and prevent human viral pandemics originating in bird species.

"We can therefore use this discovery as a guide to screen targeted groups of bird species for the presence of new circulating Hepatitis B-like viruses," said Gilbert.

The article will be published next week in the online, open access journal PloS.

Researches at the University College London have shed light on why some people can fight the Hepatitis B virus (HBV) off successfully while some can't, by finding that a group of cells
Advertisement
Advertisement

Tests used for screening hepatitis B are estimation of hepatitis B surface antigen (HBsAg), anti-HBc and ...