No Ban On Using the Word Diet by Pepsi and Coco Cola Company: Federal Trade Commission 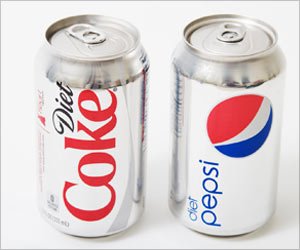 A consumer rights group in the US called 'U.S. Right to Know' had petitioned the Federal Trade Commission to ban the use of the term "diet" because it was "deceptive, false and misleading."

But the commission has decided not to ban Coca-Cola and PepsiCo from labeling sodas as "diet."

Switching to diet drinks may not help people control their weight if they do not pay attention to the quantity and quality of the foods they consume.
Advertisement


"I do believe that 'diet' soda will go down in U.S. history as one of the greatest consumer frauds ever," he added.

U.S. Right to Know also cited several studies that support its claim that diet drinks can lead to weight gain. The group also argued that falsely advertising food products is against the law.

U.S. Right to Know sent letters to both the FTC and the Food and Drug Administration in April with its request. Both groups responded in September -- the FDA said it was still reviewing the request while the FTC said it would not issue the ban.

Frequent consumption of diet soda is linked to health problems such as risk of metabolic diseases, diabetes, heart attack, stroke, cancer and even death.
Advertisement
<< Kerala Launches a Month-Long Campaign to Promote Hand Washin...
Elton John Scribes an Op-Ed for a Magazine About His Efforts... >>

Fat around the waist has been linked with increased inflammation and risk of metabolic disease, diabetes, heart attack, stroke, cancer and even death.

More News on:
Caffeine and Decaffeination