NGO Campaigns Against Early Marriage in Bihar and Jharkhand 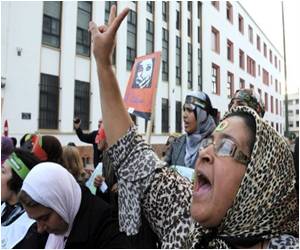 Officials reveal that with the focus on empowering women, the NGO Breakthrough will launch a campaign in Bihar and Jharkhand to raise awareness against child marriage.

"We are developing a multi-media campaign that will begin in June or July in Bihar and Jharkhand. We will address adults and children, especially girls, starting at the school level," said Sonali Khan, vice president of Breakthrough.

"We will develop content for mobile phones as it is a powerful medium today apart from street theatres, fairs and door to door campaigning," she added.


"We will also work with local NGO's to build local support which is very necessary for this campaign to succeed," she said.

Khan further said that as early marriage was deep-rooted problem in the society, the acceptability will be slow and it was required "to move the community together."

Bihar and Jharkhand have showed high prevalence of early marriage, while almost all states have witnessed a decline in the custom.

Breakthrough has carried out successful campaigns like 'Bell Bajao' (ring the bell) to deal with domestic violence.

Higher Child Marriage Rates Associated With Higher Maternal and Infant Mortality: Researchers
Researchers report that countries in which girls are commonly married before the age of 18 have ......

Child Marriages on a Rise, Warns UN
The United Nations Population Fund expects around 140 million child brides between 2011 and 2020....