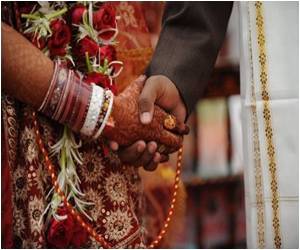 A recent survey by the government has found that about six percent of rural women in Odisha get married earlier than the legal age of 18.

The annual health survey conducted in 1,798 rural and 566 urban units comprising a total of 4,56,413 households and covering nearly 20 lakh people in the state revealed that the marriage of girls below legal age is rampant in rural areas.

"It varies from 0.5 percent to 24.7 percent," Bishnupada Sethi, director of census operations in the state, told IANS.

Divorce can be traumatic for children and create a sense of insecurity amongst them. Couples should realize that joined parenting is important even after divorce.
Advertisement
While 0.5 percent girls below 18 years of age got married during 2007-2008 in Jagatsinghpur, it was found to be 24.7 percent in the Maoist infested Nabarangpur district during the same period.

India has been conducting the annual health survey in 284 districts of nine states - Uttar Pradesh, Rajasthan, Uttarakhand, Madhya Pradesh, Odisha, Jharkhand, Bihar, Chhattisgarh and Assam - to get comprehensive and reliable data, primarily on the health status of women and children.

The fieldwork for the survey conducted for 2010-2011 in Odisha has been carried out by New Delhi based GfK MODE Pvt. Ltd and Social and Rural Research Institute (IMRB International). The survey was monitored by the Directorate of Census Operations, Sethi said.