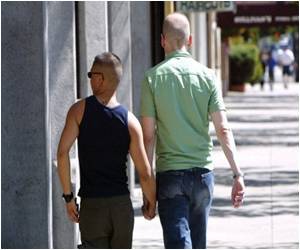 New York City is the world's most popular gay destination for a vacation, according to a study.

The 'Big Apple' has been voted as the most favorite destination for gay, lesbian, bisexual and transgender travelers from all over the world, the Daily News reports.

It was good news for New York City tourism that it managed to retain the top spot.

City tourism officials are hopeful that this will attract more tourists to New York City.

Seven transgender women showcased their skills through their original documentaries in a venture that was jointly presented by 'Project Kalki' and The Alliance Française de Madras.
Advertisement
<< Partner Swapping Catching Up In UAE
New Discovery Could Make Chronic Lung Diseases History >>

Homoesexuality (or) Same Sex Love is the hottest most discussed human trait. There has been a hunt for a Gaye gene in order to lend credibility to a growing cause.

Post-Nasal Drip Noscaphene (Noscapine) Blood Donation - Recipients The Essence of Yoga Find a Hospital Drug - Food Interactions Sanatogen Diaphragmatic Hernia Daily Calorie Requirements Loram (2 mg) (Lorazepam)
This site uses cookies to deliver our services. By using our site, you acknowledge that you have read and understand our Cookie Policy, Privacy Policy, and our Terms of Use